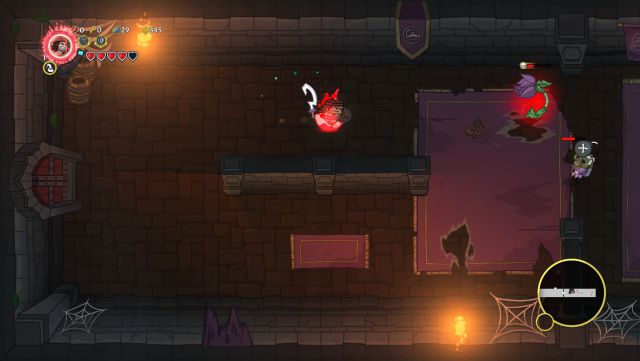 Conan Chop Chop: The April Fool’s joke has become real and Mighty Kingdom has designed a Conan game that is as fun as it is lighthearted. Conan The Barbarian returns to video games, but he does it in a somewhat peculiar way. Mighty Kingdom is the studio behind this parody version of the hero, a different take on the character created by Robert E. Howard. What arose from an April Fool’s joke (April Fool’s Day in several countries) has become a reality. Conan Chop Chop is a light-hearted and humorous roguelite out now on PC, Nintendo Switch, Xbox One, Xbox Series X, Xbox Series S, PS4, and PS5. The action is served, although surviving will not be so easy.

The sorcerer Throth Amon has created a convoluted labyrinth to enclose the heroes of Hyboria. Within Wrath-A-Thon, the locations are plagued by deadly enemies, who will try to fulfill their objective at all costs: destroy Conan and his allies. The story starts from that idea and is developed through simple and humorous dialogues, which color a plot that serves as an excuse to embark on the adventure and little else. Without particularly standing out visually, the 2D graphics are nice and in keeping with the tone they wanted to give to the product.

Two visions of the same game: solitaire and multiplayer

This title has two very different parts that are reflected in the gameplay, depending on whether it is played alone or in company (online and local multiplayer). The experience for one player is that of a pure and simple roguelite, while the game with friends (up to four) becomes more strategic, but also much easier, since it only ends when all the allies die. In addition, these are resurrected if one of them manages to defeat all the enemies in the room or section. The combination of the powers and abilities of the companions provides additional options and a spectacle of color and effects.

Conan Chop Chop includes four playable characters: Conan, the brutal hero of old, appears incarnated as a strong warrior, capable of using melee and long-range weapons. Belit is a master of the bow and Valeria an expert with the sword. Lastly, Pallatintides stands out for its blocking and charging abilities. Each of the protagonists has their own progression ramifications, which crystallize in new abilities, powers and life increases (hearts).