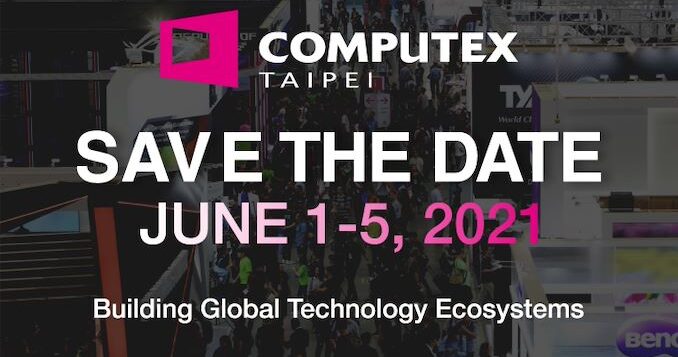 Computex 2020, which was previously postponed from June to September, has been announced to be completely canceled. The fair will be held in June 2021. Due to the COVID-19 outbreak, many events were canceled this year.

Computex’s organizers announced in March that they postponed the 2020 leg of the fair from June to September. The facts of COVID-19 at that time penetrated the international community and taipei capital of Taiwan, the host of the fair, was struggling with the new wave of the epidemic. Again in March, the end of September seemed to be a good time to return to normal.

Three months later, this goal turned out to be overly optimistic. Today, the organizers of the fair announced that Computex 2020 will not happen. Thus, it has become clear that Computex has also followed this year’s major technology fairs such as MWC. MWC was also one of the fairs that were canceled early due to COVID-19.

It would be an event that 43,000 people from all over the world would attend:

It was reminded that Taiwan took COVID-19 under control thanks to the widespread measures and travel restrictions, and only 7 deaths were accompanied by a total of 443 confirmed cases in the country. However, it was stated that an event where 43,000 visitors from all over the world will come to the most populous city of the country will not be very useful in controlling the virus, which is very suitable for spreading.

It is stated that the fair will be held on 1-5 June 2021 and will be on the same axis as the events of previous years. It is also said that there will be some online programs. On the other hand, other announcements and events are said to be held as planned. In particular, IFA will be held in Berlin in September as planned, but the participation limit will be introduced. Besides, CES will be held in Las Vegas as planned in January.

Numerous companies have announced that they cancel annually the fairs and events they organize because of coronavirus. Recently, Blizzard Entertainment announced that the annual Blizzcon event will not be held in 2020. The company cited the coronavirus as the reason for its traditional effectiveness being canceled.