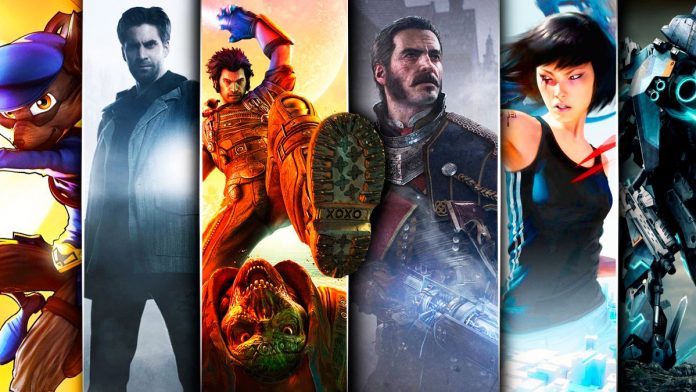 We reviewed a handful of video games that left their protagonists in difficult situations that were not resolved because a continuation never came.

Can you imagine that Tolkien would only have published the first two volumes of The Lord of the Rings, leaving Frodo in eternal torture in possession of the unique ring? What Avengers: Infinity War would not have continued leaving half the inhabitants of the universe missing? What Uncharted 2 would have ended the way it started, with Nathan Drake clinging to life on a train hanging from a cliff, and we wouldn’t have had a chance to save him? What an anguish, right? That which is inconceivable to us has more examples than desired in the world of video games. We are going to remember a handful of digital heroes who still today seek to get out of the quagmire in which they were left. All of them have been waiting, for years and impatiently, for the starting gun that will allow them to turn into an eternal To be continued.

After the unexpected success of the incredible Xenoblade Chronicles (there were doubts as to whether it would come out of Japan and, once it was released in Europe, it did not arrive in the United States until the following year), Monolith put the batteries to have a new delivery for the next machine of Nintendo. The ending of Chronicles was strange and open, so it was surprising that X made a clean slate with its plot, plot and characters. X kept mechanics, a certain general familiarity and the colossal of the mapping (now an entire planet), and innovated with the inclusion of multi-terrain mecha in a futuristic environment. Unfortunately, the story lacked the powerful dramatic engine of Chronicles, something that affected the perception of colder and more impersonal protagonists.

WiiU, as we know, failed miserably in sales and fell far short of the huge success of Wii. The open ending of X made clear a continuation after a post-credit epilogue that placed before the player huge questions to be answered in a sequel. When it appeared in Switch Xenoblade Chronicles 2, which was not a continuation of the Wii original, we learned that Monolith was a master at creating huge games but nefarious at the conclusion of her stories. It is clear that the developer has a restless ass and hates to repeat herself, but that is at the same time incompatible with leaving everyone wanting a continuation for each of her games.

Xenoblade X is one of the few WiiU games that have not made the leap to Switch. Who knows, maybe with the two Chronicles in the hybrid they will be encouraged to make a port and, if it is successful, that will open the doors to an X2. The enormous questions they put on the table have been demanding an answer for five years now.

Alan Wake’s ending was pretty crazy too, but it fit the tone of the whole game. Still it left a trace of dissatisfaction, with Alice and Alan lost in psychological gibberish. It is a thorn in the hearts of many players who love the game, but also in Remedy herself, who had planned a second half that never took place. Nigthmare did not continue the story, but it served to refine and enrich the mechanics for the future. Microsoft preferred a new IP and that gave us Quantum Break. Great Control builds bridges with Alan Wake, proving that Remedy doesn’t forget. Let’s hope that at some point they will manage to free the writer from the unjust limbo to which he has been banished.

The Prince of Persia Cell Shading is a beloved and remembered game despite differing in mechanics and style from the rest of the titles in the franchise, hence its early return to the present in the form of a remaster. Its end left us heavy with the credits sliding down the screen while we carried the inert body of our partner. But it is that what came next changed our feelings for that of stupor. We were undoing what we had accomplished throughout the game to restore her life to her, and the darkness, free again, swallowed us up like a black sandstorm. Seriously?

Nothing could go wrong, we all thought of The Order after seeing their preview trailers. Ready at Dawn and SCE Santa Monica Studio presented us with a blockbuster with an impressive graphic appearance and a compelling storyline to draw from for many years in a consolidated franchise. An ancestral fight between good and evil where the protagonists are part of the order of the knights of the round table in a Victorian steampunk London. To that add werewolves and the character of Nicola Tesla to the Q of the James Bond movies. Nothing could fail, but it failed.

Vivo V21 And V21e Launch Date Has Been Announced

macOS Monterey beta 9 is out: Here are the changes