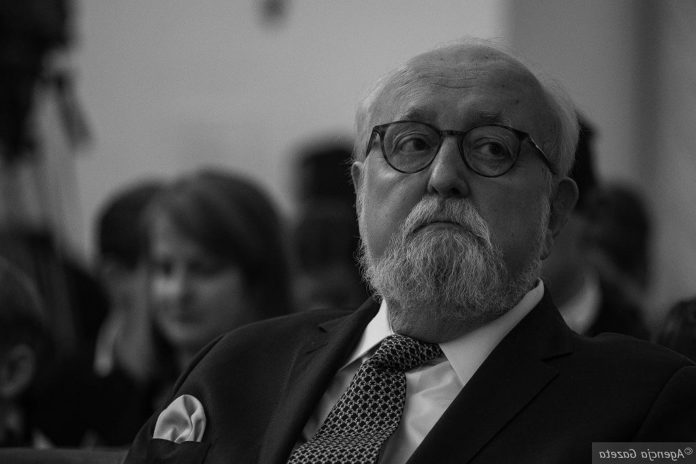 According to the news of the Hollywood Reporter, the artist Krzystof Penderecki, who has also signed in the music of productions such as The Exorcist and The Shining, has died. The artist was 86 years old.

When it comes to movie soundtracks in Hollywood, there were a few grossly notorious names that came to mind. Krzystof Penderecki was among these names. The artist also made music for films such as The Exorcist, The Shining and Children of Men.

According to the news of the Hollywood Reporter, the 86-year-old artist lost his eyes after a long period of struggle with the disease. Although Penderecki’s caregiver has been diagnosed with Covid-19, it is stated that the death of the artist has nothing to do with this.

‘Avant garde’ was the wanted name of the works
Although Penderecki’s name is not as famous as names like Danny Elfman and Hans Zimmer, his works are known to many. Especially the works like ‘The Awakening of Jacob’ and ‘Polymorphia’ in The Shining’s soundtrack were very popular.

Apart from Polymorphia, one of the most famous and inspiring works of the Polish artist was shown as ‘Threnody To The Victims Of Hiroshima’. This work, which we can translate to Hiroshima Victims, has found its place in many works.

He had worked with Greenwood from Radiohead
Penderecki recently worked with Radiohead band member Jonny Greenwood, a longtime fan of his own. Greenwood said in an earlier interview with The Guardian that it was quite exciting to listen to Penderecki’s music live.

Greenwood did not stop this much 48 He also prepared a work called Responses to Polymorphia. Penderecki, 86, asked his grandson if he had ever heard of a band called Radiohead.

The artist, who died at the age of 86, was married with three children. You can listen to one of the artist’s most inspiring works, Threnody To The Victims of Hiroshima, from the link below.

Taylor Swift Run Away In Gym Because Of Justin Bieber