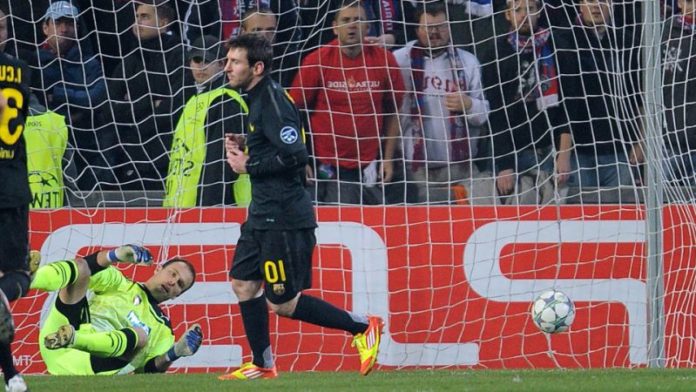 In few places the legend of Leo Messi is as big as in the Czech Republic. It has only been once since not even with the Argentine national team has ever set foot in the country with the highest rate of beer consumption per capita on the planet. Even so, nobody forgets how the first – and to date, only – visit of the Rosario ended up with a hat-trick in the victory that Barcelona achieved at the home of Viktoria Plzen in November 2011.

At that time Messi already knew what it was to win the sextet, he was about to win what would be his third Golden Ball and when he jumped on the pitch of the Sinobo Stadium he did it to score three goals that would liquidate the local team and put him to I throw a record that can be achieved eight years later, this Wednesday, and that no other player has ever achieved: mark two hat-tricks at home in the same country in the Champions League.

The stadium will change, however, because on this occasion Messi will not play in the beer capital, Plzen, but in the capital of the Czech Republic, Prague. It is a city in which Barcelona has played six times and won three. However, it will be the first time for both Messi and the Catalan club that cross swords with the Slavia of Prague, a game in which, beyond the points at stake, the rosarino can enlarge, even more, his legend.

5 Most Exciting Moments in UFC 271: Israel Adesanya vs. Chris...