Home Entertainment “Complete Restructuring” — Liverpool Fans React to The “Confusing” News About The... 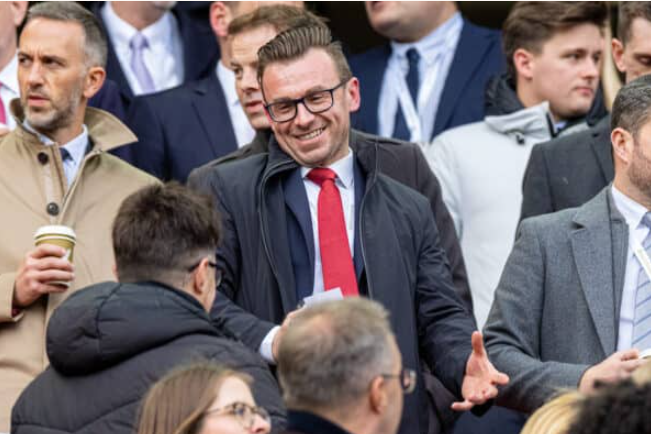 When Liverpool’s sporting director Julian Ward resigned at the end of the season, fans were shocked by another key departure.

Ward will leave the post of athletic director after just one season, officially replacing Michael Edwards in the summer.

This put an end to the collaboration with Liverpool, which lasted 11 years, and Ward previously worked as a European Scouting manager, loan manager and assistant sports director.

As the owners of Fenway Sports Group are also looking for additional investment and a potential sale of the club, this only adds to the uncertainty at Anfield.

This was reflected in the fact that supporters took to social media to react to the news.

A period of change for Liverpool

The shocking news was the latest development in a troubled time for Liverpool, when the owners of Fenway Sports Group recently put the club up for sale. No wonder fans are wondering what’s going on behind the scenes:

From an outside POV, #LFC in disarray.

Pivotal transfer window coming up in the summer but the guys bankrolling it want out and the guy sorting the deals is off.

Next 12 months are going to be mad at Liverpool I think. Seems like there's going to be a complete overhaul of behind the scenes. Really didn't expect Ward to be on his way so soon.

Is Graham going to leave too?

Understand director of research Ian Graham could be next to leave, too.#LFC https://t.co/ehUm1xCGyG

Graham is another player who has been with the club for a long time, and fans have noted the key role he has played in the club’s success on and off the field in recent years.

I’d be more concerned about Graham leaving Liverpool than Edwards, Ward or FSG. That’s a terrible sign and one that suggests the whole data-driven culture inside the club is fading.

Dr Ian Graham has been at the club 10 years and leads a six man team. He worked alongside Michael Edwards for a significant period and is very much in tune with the recruitment model. He could be next to leave.

Does Klopp take on more responsibility?

According to Paul Joyce of The Times, Jurgen Klopp took a more “hands-on” approach to hiring the club last year.

It's Ljinders nearly as much as Klopp and this is a very, very bad development https://t.co/H6fXtXmSUb

I’d prefer Klopp not to be overburdened with these responsibilities as Wenger became in his later years. Doesn’t appear to be his strong suit either. https://t.co/A1f3idkf9K

This is another disturbing update from behind the scenes of Liverpool: the unrest in the boardroom is growing at a time when Klopp is looking for stability on the pitch.

While the manager and his backroom staff have made their long-term plans for the future with new contracts, along with many key names in the team, changes are taking place in the hierarchy.

Ward’s planned departure only casts doubt on the club’s plans in the transfer market, as an overhaul of the midfield is expected next summer.

Doctor Strange In The Multiverse Of Madness: New Synopsis With Mention...