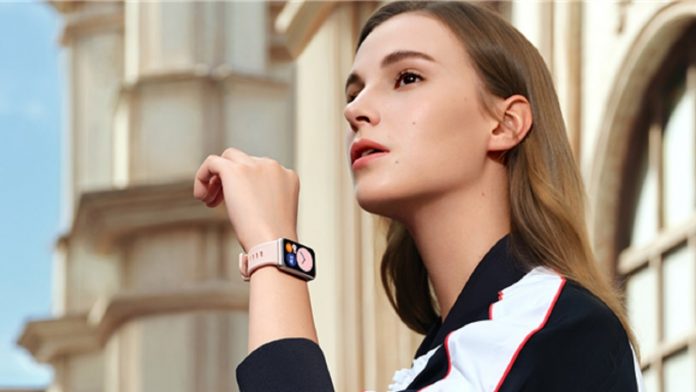 Huawei Band 6, which comes as a rival to Xiaomi’s Mi Band 6 bracelet, will be officially released next month, according to the allegations. This smart bracelet will come with a more innovative design and wider mode options compared to the previous generation.

In the wearable technology market, Huawei and Xiaomi are fighting a fierce battle. Because in the global market, both manufacturers are constantly changing hands at the summit. Now, Huawei is preparing to show all its skills with its new smart bracelet, Band 6. The company brings a rival to the Mi Band 6, which Xiaomi introduced this week.

Huawei Band 6 will be thin and light

According to the details revealed, Huawei’s new smart bracelet will come with a 1.47-inch AMOLED display. The screen of the Band 6 will be 1.5 times larger than the previous generation wristband. In this way, you will be able to see the information on the screen more comprehensively. In addition, the Chinese manufacturer will also slim the frame structure of the new bracelet.

In addition to the large screen, the Huawei Band 6 will be thin and light. This bracelet, which is expected to weigh 18 grams, will draw an elegant appearance.

On the battery side, it will be possible to use Huawei’s new bracelet for a long time. Because the resulting reports state that this bracelet will have a battery that will last for two days in 5 minutes.

For the first time in the series, the Band 6 model will feature a blood / oxygen tracking function. Additional features such as TruSeenTM 4, heart rate monitoring, TruSleepTM 2.0 sleep monitoring, TruRelaxTM 2.0 pressure monitoring will be available on the device. In addition, Huawei’s smart bracelet will come with capabilities such as taking photos remotely. The device will also have NFC support.

The competition between Huawei and Xiaomi, which are fighting fiercely in the global market, will become more and more heated. But do you think the Band 6 model will be able to surpass the Mi Band 6? Don’t forget to share your ideas with us.

PS5: Sony is “investing” in new exclusives and does not rule...