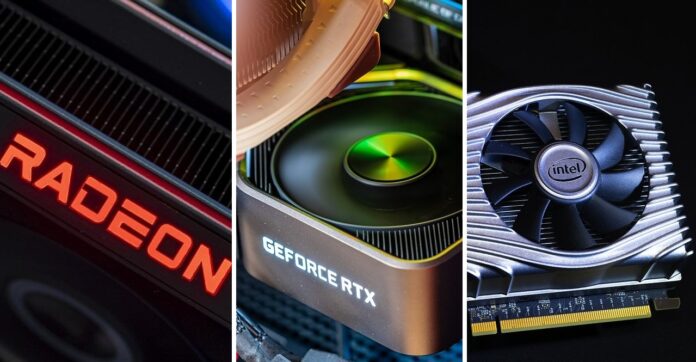 As the game market grows exponentially every year, the video card competition in the computer market is also intensifying. Giants such as AMD, NVIDIA and Intel compete in the production of the first video card that comes to mind among the hardware required for computer games. After the 5 nm (nanometer) technology came to the fore, stones also shifted in this competition. All three companies have launched new strategies to get more share in the graphics card market.

NVIDIA and AMD have introduced the new GeForce RTX 30 and Radeon RX 6000 series graphics cards in recent months. While NVIDIA preferred 8 nm Samsung manufactured chips, AMD decided on 7 nm TSMC production chips. With its new decision, NVIDIA has ended its long-term partnership with TSMC. One of the reasons for the change was that Samsung was selling silicon wafers for less than its rival TSMC.

In this process, the roadmap drawn by AMD also emerged. Switching to RDNA 2 architecture with the Radeon RX 6000 series, the company plans to switch to the RDNA 3 architecture in the next graphics cards. While this architecture is expected to go through 5 nm production, it is planned to use chips produced by TSMC.

What will NVIDIA do?

NVIDIA’s new roadmap is similar to AMD’s. As it is known, NVIDIA likes to use the names of scientists in their architecture. Inspired by Ada Lovelace, it is possible for NVIDIA to name the architecture to be used in its new graphics cards, Lovelace. This architecture will be based on the 5 nm fabrication process. It is not yet known whether NVIDIA will choose TSMC or Samsuing. However, according to the claims made, NVIDIA may prefer Samsung for cards produced for gaming purposes and TSMC for cards produced for professional works.

Intel will implement a double strategy

Intel, which has entered the external graphics card market with the DG1, should work harder than its competitors. DG1 graphics cards are currently not available for purchase by the end user. These cards are mostly produced for use in office computers. However, this could change with DG2 and DG3. Intel, which plans to start 6 nm production with DG2, has targeted 5 nm production with DG3.