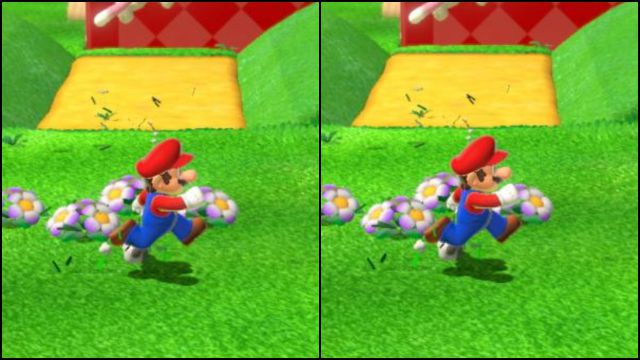 The acclaimed title arrives this February 12th on the hybrid console with severe improvements and a single player expansion. This is how this new version has improved.

Super Mario 3D World + Bowser’s Fury is the most prominent release for Nintendo Switch for this February. What is presented as the most ambitious port to date of the console bursts into stores this Friday with improvements in its resolution, the ability to play in portable mode, online multiplayer mode and a single player expansion with free camera from which We speak to you in depth in our analysis. The Bits Analyst channel brings us a complete comparison in detail.

As we see in the video, added to its explanations, the improvements are notable in terms of resolution, where we go from 1280x720p to 1600x900p; In portable mode, it does reach, as is usual in works developed by Nintendo, 720p out of the dock as well. In all cases it reaches 60 FPS, although in the expansion, Bowser’s Fury, it drops to 30 FPS in portable mode (in dock it continues at 60 frames).

As he explains, the save slots on Switch have been removed; There used to be three slots, while this time we have changes to some of the lighting effects. The pop-in of the original game is maintained and there is a small stuttering when collecting stars (also present in Wii U). Finally, it is worth noting the slight change in some of the cameras and the increase in the speed of the movement.

Looking ahead to the coming weeks and months, the Nintendo Switch catalog is taking shape; we have four big ones for the first half of 2021. The first is Super Mario 3D World + Bowsers Fury this Friday, February 12; later, Bravely Default II on February 26. Monster Hunter Rise will be the third, just a month later, on March 26, while on April 30 it will be the turn of New Pokémon Snap, a sequel to the original Nintendo 64, to photograph the entire world.

Nintendo, which has sold more than 79.87 million units of Nintendo Switch worldwide, has confirmed during the presentation of its quarterly results that they have new games planned for Nintendo Switch in the 2021/22 fiscal year, which It will end on March 31, 2022. We do not know for now if they plan a Nintendo Direct or if, as in 2020, they will opt for another means of communication.

PS5 vs PS4: find out what changes in Sony console specs