Home Entertainment Comparison of the Sephiroth Final Fantasy 7 Remake with its Kingdom Hearts... 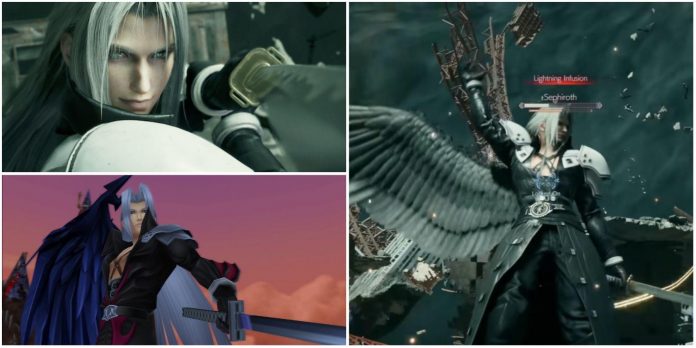 Final Fantasy 7 is one of the most iconic JRPGs of all time. Among role-playing game fanatics, many agree that FF7 is an important classic and almost a must-have game for those who want to understand the genre. As a result, few players do not know the two most important characters of the game, Cloud Strife and Sephiroth. These two are extremely important to FF7, so when it came to the Final Fantasy 7 Remake seeking to retell a memorable story once again, players worried about how their characters would change for the better or for the worse.

However, most Final Fantasy 7 actors are no stranger to having their characters remade for certain purposes, and one of the most famous examples is their guest appearance in Kingdom Hearts. In the KH series, Cloud and his friends are recurring characters adapted to the worlds of the series, which means that the character of the Final Fantasy guests has changed as a result. It can easily be argued that the character who underwent the most changes was Sephiroth, whose existence in KH was adapted to fit Cloud.

Sephiroth in the remake of Final Fantasy 7

When it comes to Sephiroth, many fans of the original FF7 didn’t expect Sephiroth to be a recurring character in the Remake. Although he is mentioned quite early, the villain wielding Masamune does not appear in the original game until the very end of the first section, before the players leave Midgar. However, in the FF7 Remake, he appears many times to tease Cloud about their intertwined destinies. Sephiroth even asks Cloud to join him to challenge their fate at the end of the game, to which Cloud refuses.

In FF7R, it’s hard to say exactly what’s going on with Sephiroth, but there are many suggestions that Sephiroth is still connected to Cloud through their Genova cells, and this allows Sephiroth to appear in front of Cloud at the beginning of the game. He remains in Cloud’s mind until the very end, when he kills President Shinra and almost Barret. It is commonly believed that the wandering SOLDIER found in Remake is actually a Sephiroth from the future trying to change what happened in the past, but even if future games like Rebirth debunk this theory, Sephiroth seems to absorb the Arbiters of Fate and thus knows the future of their world independently.

However, FF7R points out to his players that Sephiroth is scary and should be feared, demanding all the attention at any moment he appears, which is naturally due to the fact that he is one of the most popular villains in video games. In the Remake, it seems that he seeks to change the story of the original Final Fantasy 7 to avoid defeat a second time. It seems that his goal in asking Cloud to join him is to try to enlist the help of the “Sephiroth clone” who once gave him Black Matter in the original timeline early on, and that’s probably why when he’s turned down, he just smiles and fights Cloud. one more time. He most likely knows that Cloud will just end up helping him later in the future, regardless of his choices on the verge of creation.

In Kingdom Hearts, Sephiroth is a secret boss fight that players can face after they close the keyhole in the Hollow Bastion and return to the Olympus Colosseum. Due to the fact that fans can only fight him just before the end of the game, he is notoriously difficult, and those who challenge him unprepared may end up losing their HP by half due to the first attack alone. Those who manage to defeat him will be waiting for a cut-scene in which Cloud and Sephiroth meet and fight as rivals, which they are.

Unlike FF7R Sephiroth, which is the physical embodiment of Genova, who is trying to transform after being broken into pieces by Shinra scientists, K. H. Sephiroth exists for another reason — he personifies the darkness of Cloud. Long before Sora mastered the Key Blade, Cloud relied too much on darkness, and this led to the creation of Sephiroth. In KH1, Cloud was looking for him to fight him and free himself from his darkness, but as for KH2, he is sinking deeper into it, and, as they say, he has only one last speck of light left. It seems that the main motivation of Sephiroth in this series is to make Cloud plunge into darkness.

The reason Sephiroth wants Cloud to plunge into darkness may be because he wants to capture the blond swordsman, which has already been shown in the series as possible thanks to Riku’s relationship with the Dark Seeker Ansel. In fact, it could potentially be even easier than Ansem possessing Riku, since Sephiroth specifically says he “is” Cloud in KH2. Currently, the last time Sephiroth and Cloud were seen in Kingdom Hearts was when they disappeared to fight their grand final battle in Kingdom Hearts 2 after Cloud found his light again.