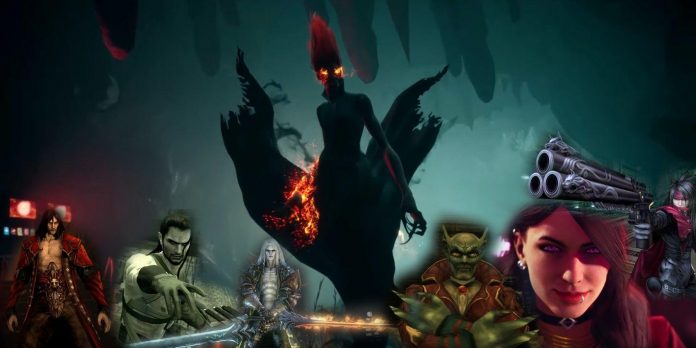 Vampires are ubiquitous creatures in popular culture, they have appeared in films, books, TV series and video games for decades. The upcoming cooperative FPS Redfall from Arkane Studios will use famous bloodsuckers as the main antagonists, but the game has its own look, which is slightly different from the previous images. Since its first appearance in various folklore around the world, vampires have usually possessed certain characteristics, and while Redfall seems to follow some classic rules for vampires, he also makes some significant changes.

Vampires have been used as characters and villains in various games over the years. They can be either popular enemies that players can mow down in horror games, or significant characters in TV series centered around toothy monsters, as in the Castlevania franchise. While each version may be unique to each game, some players wonder how Redfall’s vampire figures compare to similar ones in other games.

Since it was first announced during the Bethesda E3 Showcase in 2021, Redfall has been gradually taking shape thanks to game clips and other details that its developer has published. From the setting of a once idyllic island town to four playable characters with their own set of talents and personal quirks, Redfall revealed more and more in the months leading up to its release. Redfall has never made a secret of its vampire orientation, and the origin of the deadly creatures is the main thing that distinguishes them from the images of similar characters in other video games.

Instead of a more traditional supernatural origin, Redfall’s vampires are the result of a failed scientific experiment. This more modern interpretation puts the fall of the city and its subsequent flooding by vampires in the hands of a biotech startup — something that is not often associated with mythical monsters. Some elements go back to familiar vampire lore and video game interpretations, such as the fact that Redfall vampires darken the sun and therefore act in the dark. Like many vampire enemies in games, Redfall’s antagonists also have special abilities, are able to fly and drink the blood of their unfortunate victims.

Redfall’s science-oriented vampires may seem unique, but it’s actually not the first game to use this approach. The vamp from the Metal Gear franchise also gained some of his abilities and apparent immortality as a result of scientific experiments, although his addiction to blood was the result of a separate traumatic event. Similarly, Vincent Valentine from Final Fantasy was not born with his vampire qualities, but acquired them after he became a test subject of Professor Hojo. However, the vast majority of vampires in video games tend to have a more traditional supernatural origin.

The dark fantasy adventure series “Legacy of Cain” revolves around various vampires, such as the protagonist of the first game, who is a recently resurrected vampire seeking revenge on his killers. The Gothic subtext of the series and references to classic horror are more closely related to genres that gamers may associate with vampires, and contrast these creatures with humans in a classic conflict. More recent games set in the modern era, such as Vampire: The Masquerade, also adhere to the traditional rules of vampires. Creatures of the night exist mainly in the shadows, hunting people and manipulating them with their various powers.

While Redfall vampires are recognizable as fanged creatures from folklore, which players already know from many of the games in which they appeared, they are used in an interesting way in the upcoming game. They can be seen as an allegory of the rich and powerful, feeding on the less fortunate than themselves, as they suck out of the city not only its blood, but also its resources. But unlike games like Vampire: The Masquerade, Redfall vampires are not so good at uniting into a community, and the player’s ability to fight them through cooperation with other players emphasizes the unity of humanity and the isolation of the bloodsucking enemy.

Redfall will be released in 2023 for PC and Xbox Series X/S.