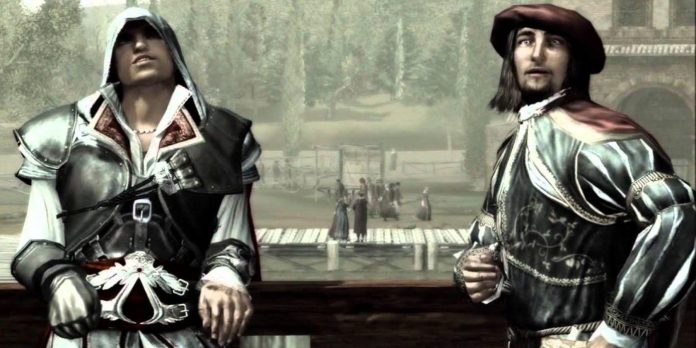 Ubisoft recently introduced the long-awaited Assassin’s Creed Mirage, and the official design and confirmation of the name caused fans of the series to want to learn everything they can about the game. Given how many rumors have been circulating about the title for so long, fans understandably want to decipher every bit of information from the rather limited amount of content that has been revealed so far.

In the official art that was shown for the announcement of Assassin’s Creed Mirage, the main character of the upcoming game is depicted proudly and prominently. The outfits of the main characters of Assassin’s Creed have always attracted attention, and the details of the Mirage costume reveal a lot of details compared to other costumes that have historically been known to the franchise.

Assassin’s Creed Mirage is the next standalone addition to the legendary franchise, which reportedly aims to do away with the controversial role—playing elements of the new AC games and return to the franchise’s roots. Built on a more intimate scale, Mirage will focus on expanding the story of the Hidden, a group that will eventually become the Brotherhood of Assassins.

It has long been rumored that the main character of Mirage will be Basim ibn Ishaq, a recurring character in the franchise who first appeared in Assassin’s Creed Valhalla. By telling the story of Basim when he was a young man in the Iraqi capital Baghdad, the Mirage story will probably give context to how the god Isu Loki took control of Basim’s physical form, which led to the events of Valhalla. With the same setting and basic gameplay principles as in the much older Assassin’s Creed games, Mirage is welcomed by many who are eager to return to the earlier identity of the Assassin’s Creed franchise.

One of the most important pieces of information obtained from the official illustration for the unveiling of Assassin’s Creed Mirage was the close-up of the title’s protagonist that he provides. The game most likely takes place between 860-870 AD, in the early days of the Golden Age of Islam, and Mirage is going to give fans one of the earliest ideas about assassin clothing to date.

The lack of complexity in the outfit on display is one of the most obvious factors in the artwork, it lacks the bright and complex outfits worn by such as the fan—favorite assassin Ezio Auditore. In particular, the outfit appears to lack the cult symbol of the Brotherhood of Assassins or the Hidden, which most other outfits possess, which once again illustrates the early stages of the organization during the time period in which the game unfolds.

In addition to the fact that Mirage’s clothes are quite simple compared to later outfits, they stylistically reflect the geographical conditions of the game very well. The main character, who seems to be Basim because of the striking similarity between the two characters, is depicted in the painting with a closed forehead and a scarf, which corresponded to the Middle Eastern clothing of that time. It should also be noted that the character is depicted with a full assassin hood, which is a welcome return to the franchise tradition, given that Avor, Bayek and Alexios/Cassandra often appeared without a hood.

The classic Assassin’s Creed hidden blade is also widely represented in the artwork, which further emphasizes the increased attention to the more classic murders and battles that the Mirage is rumored to possess. The Mirage costume is also almost completely devoid of armor, it is far from the bracers and shoulder pads that Ezio often wore. Of course, each outfit worn by different assassins often reflects the traditions and culture of their geographical conditions, and it looks like the outfit in Assassin’s Creed Mirage will be no different.

Uncharted Has an Explosive Debut on Netflix

Valheim: New Mod Allows The Creation of Boats The Size of...