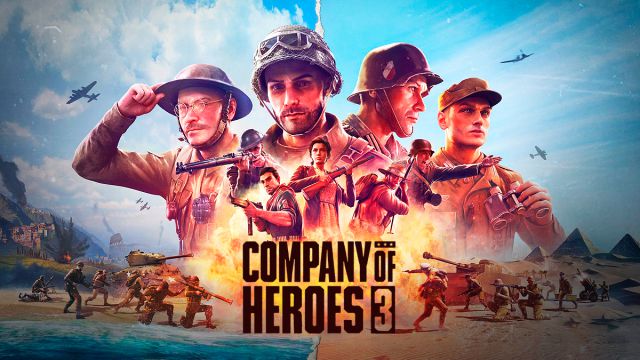 Company of Heroes 3: We play Company of Heroes 3 for the first time, the return of the beloved Relic franchise that arrives to revitalize the world of RTS. In September 2006, Company of Heroes appeared, considered by many to be one of the best real-time strategy games ever produced. The Canadian team Relic, who would jump to stardom in the genre with the magnificent Homeworld and Dawn of War, signed a masterful job by posing an RTS based on the mother of all wars: World War II, particularly its more cinematic side: the Normandy landing and the entire operation around the crucial operation for the Allied forces to set foot on the continent. Characterized by creating atypical games, the study was able to interpret how to value the wealth of combat units and vehicles in the fight to create its own flavor, using a more reduced and urban scale that moved away from the clashes between large armies to put the focus on a clearly urban conflict, with constant dogfighting over the ruined villages after the Nazi conquest.

There are numerous mechanical and aesthetic elements for which Company of Heroes is a classic both in its campaign aspect and in its multiplayer aspect, but we will not dwell on that. Nor will we explain in detail the reasons why the second part, based on the contest for the eastern front, does not have that unconditional love, although we will say that there was an evident conditioning in its multiplayer aspect by the future of the genre, affected by the irruption of more distilled and competitive multiplayer experiences that had affected the flow of new players interested in traditional RTS. Since then there have been many changes, Relic almost disappeared in the hecatomb of THQ and the RTS has continued without showing signs of recovering the vitality of yesteryear, but despite this and thanks to the acquisition by Sega and its commitment to the PC , today we can be here telling something that a few years ago we would not have bet a euro: our first game with Company of Heroes 3.