Home Crypto Commerzbank: Gold Price Will Be At These Levels in 2022 and 2023! 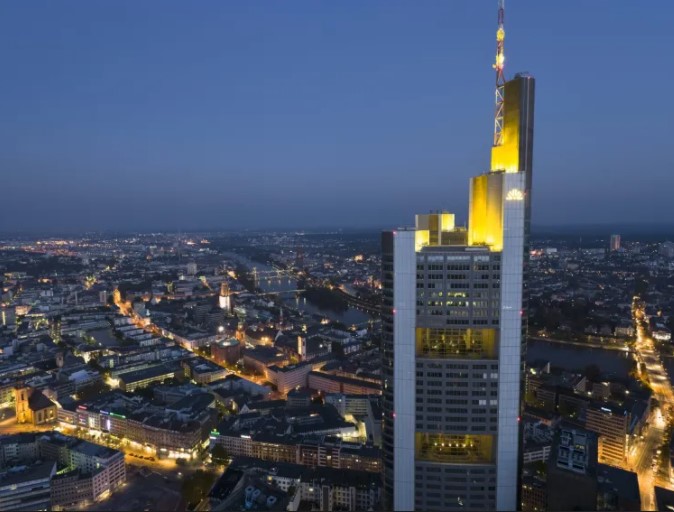 Commerzbank is chasing gold to shine in 2022. Commerzbank has frequently commented on the gold price this year. Commodities analyst Carsten Fritsch recently released her latest report outlining some key themes for the year ahead.

Commodities analyst Carsten Fritsch says they see upside potential for the price of gold in 2022, and the US Federal Reserve is likely to raise interest rates. However, according to him, this will not change the negative real interest rate environment that is positive for gold. This again points to stronger investment demand. Speaking of some other precious metals, “Silver should also benefit from strong industrial demand driven by “green” themes, particularly photovoltaics and electric vehicles,” says the analyst. “Gold has been subject to a number of influencing factors that hinder better price development this year,” the report said. Especially in November, on a trade-weighted basis, the US dollar, which reached its highest level since July 2020, appreciated significantly and was 7% tighter than at the beginning of the year.

The next year will be dominated by the question of how central banks will respond to the significant rise in inflation rates. So far, the Fed and most other central banks have been intent on catching up with the strong rise in inflation, with an exit from temporary and excessively loose monetary policy. However, market-based inflation expectations in the US rose to 2.7% in November after the announcement of the unexpectedly high inflation rate.

Looking at the details in the report, it is said about the relationship between gold price and inflation:

This means that market participants do not expect inflation to return to the Fed’s 2% inflation target in the medium to long term. If high inflation stabilizes and central banks do not respond appropriately, Gold will likely benefit from it as an inflation hedge.

Fritsch also noted that the Fed, meanwhile, has begun to rethink its stance on inflation. Fed Chairman Powell, who was nominated for a second term by US President Biden, no longer describes high inflation as temporary. He also spoke in favor of reducing bond purchases faster than he had previously planned. Several other Fed officials expressed similar views. With the Fed changing its view to tighten monetary policy sooner, inflation expectations have dropped back to 2.4% but therefore remain high.

As for central banks, the report stated that they will continue to play an active role in gold demand. After the central bank gold purchases fell to a 10-year low of 255 tons last year, this year’s purchase rates have increased significantly again. Three quarters later, the purchase volume was already close to 400 tons. WGC expects at least 450 tons for the whole year. Brazil, India, Thailand, Uzbekistan and Hungary are especially worth mentioning. The Polish central bank has already announced its intention to purchase 100 tons of gold. Due to its low correlation with other asset classes, gold is perfectly suited for diversification. The USD is already significantly overvalued, which represents the risk of currency loss. In addition, there is a hidden risk that the US government will use the USD as political leverage for sanctions. This risk is especially true for larger emerging economies that are in political and economic competition with the United States. Gold does not have such a sanction risk.

As the bank said, investment demand is also important. The key question, however, is when will gold ETFs start to see re-entry. Because these are decisive for the price development of gold, as the years 2019 and 2020 impressively show. Trading in bull US stock markets would likely have to come to an end for ETF investors to return. As noted above, ETF outflows occurred primarily in US-listed ETFs, while non-US ETF holdings remained largely flat.

What could go wrong? Explaining the possible sources of risk for gold, Fritsch says:

Headwinds for gold may initially come from the US Federal Reserve’s aforementioned change of direction. In November, the Fed began gradually reducing its monthly bond purchases of $120 billion by $15 billion each month. At this rate, it will take until mid-2022 to fully phase out bond purchases. However, many Fed officials, including Fed Chairman Powell, hinted at ending bond purchases earlier due to high inflation in order to raise interest rates. There is talk of doubling the volume to US$30 billion, meaning that bond purchases will decrease each month.

As a result, the report argues for a rather low price performance in the first half of the year and a stronger price increase in the second half. Therefore, he expects the gold price to be 1,900 USD per ounce by the end of 2022. However, this is $200 lower than the previous estimate. Gold is no longer expected to return to $2,000 by 2023.

Bitcoin, ETH and XRP Dropped With This Statement: Here are the...