Home Science A Commercial Airplane Arrives For The First Time In The World Without... 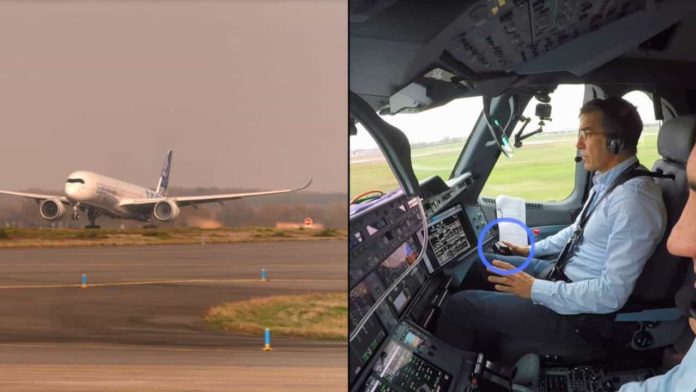 For the first time, Airbus, one of the largest aircraft manufacturers in the world, managed to lift a commercial aircraft completely autonomously. The company shared images of the successful test.

Have you ever thought that autonomous vehicles without drivers and many more autonomous technologies will be an autonomous plane while waiting for us? An airplane that can do everything a pilot can do, make the right decisions in the most critical moments .. Doesn’t it sound like a dream?

In fact, it shouldn’t sound like a dream at all. Because Airbus, one of the biggest aircraft manufacturers in the world, has already started this business. The company embarked on a self-piloting test that a pilot-free plane was successful, and that test was successful. Airbus’s aircraft managed to take off automatically.

Airbus enabled an aircraft to take off autonomously:
Airbus carried out a test at Toulouse-Blagnac Airport in France with its A350-1000 aircraft. Images of this test, which took place on December 18, were shared by the giant aircraft manufacturer. With the test, Airbus’s dream of a pilotless commercial plane has come one step closer to reality.

At the time of the test, there were two pilots in the cockpit of the plane. These pilots were obliged to take control over the possibility of anything going wrong. But during the test, everything ended as it should, and the plane took off on its own.

Captain Yann Beaufils, one of the test pilots, said they brought the plane’s throttle to its take off position. Then both pilots observed the data on the plane and the plane. The plane was able to accelerate on its own and constantly stop in the middle of the runway.

The aircraft being tested acted on all data entered into the system. The nose of the plane got up to the degree it should be and came to take off position and took off. Sharing test images, Airbus said that a different technology was used on this plane.

Airbus stated that the technology used in the aircraft is different from the Instrument Landing System (ILS). Automatic take-off control used image recognition technology that was directly integrated into the aircraft instead of ILS technology.

An aircraft that can take off by itself thanks to technology alone? Our #ATTOL demonstrator project recently proved just that! Learn how autonomy helped to make it happen: https://t.co/Ij5o15Ybeo pic.twitter.com/WSwCCXPxJC

Work Has Begun On The Creation Of An Artificial Human Embryo:...

How to Change a Race Vehicle Tire in a Gravity Free...