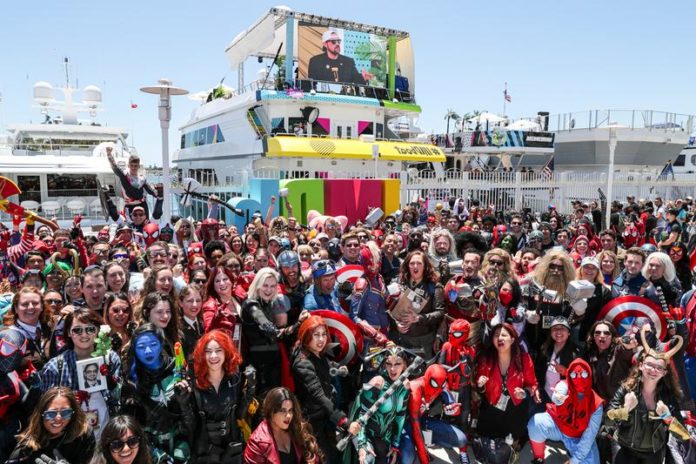 The world’s most famous comic book fair, San Diego Comic-Con, which has been held continuously for 50 years, has been canceled due to coronavirus. The organizers officially announced that the fair, which is expected to be held in July, will not be held this year.

The coronavirus outbreak that affects the world causes millions of people infected and thousands of lives, as well as showing other effects. One of these is the cancellation of many events that are expected every year. Comic-Con, which has been attracted by the comic book lovers in San Diego this time, was among the product promotions, artistic shows, organizations and fairs of many big companies that have been decided to cancel within the framework of the measures taken since the virus started to spread.

The fair, which has been continuing without interruption since its first March 21st 1970, was canceled this year due to coronavirus. The organizers announced the cancellation decision of the fair, which hosted thousands of people every year, introducing new books, series, movies and games, and sharing new information about the comic book, based on the comic book heroes.

Canceled for the first time this year
The organizers of the event also announced that the cancellation decision made due to the virus outbreak this year was the first on the fair date. At the same time, the fair, which is one of the biggest events of the year, will not be held this year, but the planned new date was transferred as 22-25 July 2021. A statement was also made by the auditor company Comic-Con International.

Although it was acted with the expectation that the risky period of the epidemic will be alleviated in the summer on the event, it was emphasized that the event was canceled because it was stated that the event planned for this year would not be safe due to the health recommendations and explanations made by the Governor of California. After the announcement, the question was what happened to the event tickets.

The organizers also made statements about the tickets that would ease the participants. According to the transfer, anyone who receives an entrance card for the fair this year will be able to receive their money as a refund, and those who do not want to receive a refund will be able to use their tickets at the fair that will take place next year. It is planned to solve the problem with an e-mail sent to the registered people.

Brad Pitt must have trained a lot for the movie Fight...