Home Science A Comet 7.5 Times The Distance Between The Earth And The Sun... 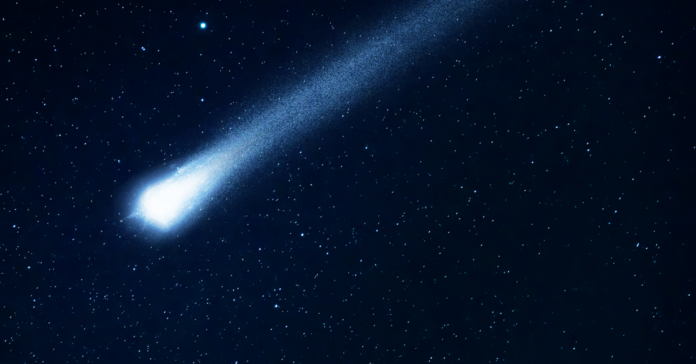 A new study by scientists led to the identification of the longest tailed comet ever observed. The tail of the comet, called 153P / Ikeya-Zhang, is almost 7.5 times the distance between the Earth and the Sun.

For astronomers this week is a comet-star week. It was understood that this week, the European Space Agency’s Solar Orbiter satellite traveled along the tail of the Atlas comet. After this incident, it was announced that the interstellar comet Borisov would pass through the Solar System without interfering with any collision. The latest comet news had a much more remarkable headline.

Scientists from the UK and the United States have identified the longest tail comet ever observed. The researchers noted that the comet 153P / Ikeya-Zhang has a tail 2 times longer than Hyakutake, the longest comet ever detected.

The discovery of scientists is actually based on old data. NASA’s Cassini spacecraft detected a large number of protons while traveling between Jupiter and Saturn’s orbits in 2002. The source of this finding of Cassini could not be explained for years. A team of scientists from the UK and the United States has now announced that they think these protons come from the ionized tail of the 153P / Ikeya-Zhang comet.

The interaction between the sun and its orbiting comet causes comets to form two types of tails. The first type of tail consists of the cloud of gas and dust that emerge as the comet’s nucleus melts by the radiation of the Sun. Most of the comets we observe from the world have this kind of tail.

The second type of tail is the tail formed by the protons, which are separated from hydrogen gas during the ionization, by the effect of the solar wind, as in 153P / Ikeya-Zhang case.

When scientists made an assessment of this second tail type, when they examined the numbers of the protons in the data Cassini obtained, they discovered that these protons formed the ion tail of 153P / Ikeya-Zhang.

After detecting that the protons came from 153P / Ikeya-Zhang’s ionic tail, the researchers calculated the length of the tail, taking into account the orbital change of the comet. According to calculations, the ionic tail of 153P / Ikeya-Zhang is longer than 1 billion kilometers. This length is almost 7.5 times the distance between the Earth and the Sun.

Attempt to Unravel the Mystery of Dark Matter with Satellite Galaxies...

These are the most greedy bees that become queens