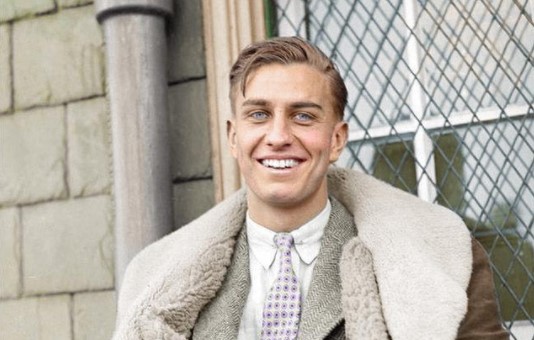 Who is Franklin Delano Roosevelt Jr. ?

Franklin Delano Roosevelt Jr. was an American lawyer, politician, and businessman. He graduated from Groton School in 1933, Harvard University in 1937 (A.B.), and the University of Virginia School of Law (LL.B.) in June 1940.

He served as a United States Congressman from New York from 1949 to 1955 and in 1963 was appointed United States Under Secretary of Commerce by President John F. Kennedy. Roosevelt was commissioned an ensign in the U.S. Navy Reserve on June 11, 1940. He was a junior naval officer in World War II and was decorated for bravery in the battle of Casablanca.

He was appointed as the first chairman of the Equal Employment Opportunity Commission from 1965 to 1966 by President Lyndon B. Johnson. Roosevelt also ran for Governor of New York twice. He was a son of President Franklin D. Roosevelt and First Lady Eleanor Roosevelt, and served as an officer in the United States Navy during World War II.