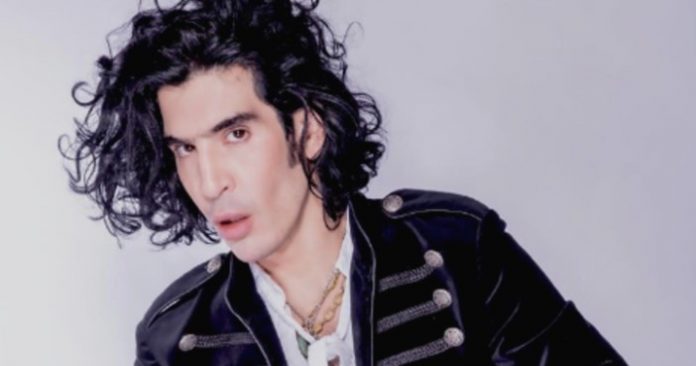 Colombian singer and songwriter Andres Cuervo died suddenly. He was 40 years old.
This news was confirmed by his advertising agency JAQUE. A representative of the agency confirmed that the artist and model died of a heart attack on October 5 in his apartment in Paris, where he lived. Cuervo was at New York Fashion Week just a few weeks ago, where he walked the runway for a fashion designer.

Andres Cuervo was born and raised in Barranquilla and perform at school. His songs were heavily influenced by pop and rock and roll. Cuervo released his first studio album Tras de Ti in 2008, which became a No. 1 hit in Mexico.

His second album, Este Soy Yo, was released in 2013, and many songs made the top ten on Mexican and Spanish radio. In February 2015, Cuervo released Historias de Amor on Valentine’s Day.

His single “La Receta” reached number one on the Billboard Tropical chart. At the same time, an English-language version called “The Cure” was released. In March 2018, Cuervo released the single “Vivirla Bien”, which reached number 18 on the Billboard Tropical chart. The video for this song on YouTube has gained more than 11 million views, which makes it the most popular video in the artist’s career.
Cuervo’s video has gained over 40 million views on YouTube thanks to such singles as “Te Extraño”, “Destino Casualidad”, “Luna Cuentale” and “Te Quiero Para Mi”.

“Andres Cuervo Becerra left us very early,” says former manager Kiko Becerra on his social networks. “The Greeks said that the blessing of the gods was to die young, because only the golden age of human existence was lived: youth.”

Cuervo announced earlier this year that he had been diagnosed with bipolar disorder, which he said contributed to his creativity in his “dark moments.” his single is “Paranoia”.

Miley Cyrus cancels her concert at the Australian GP for Coronavirus