Home Sport College Football Playoff Chairman Asked If Players Would Be Compensated For the... 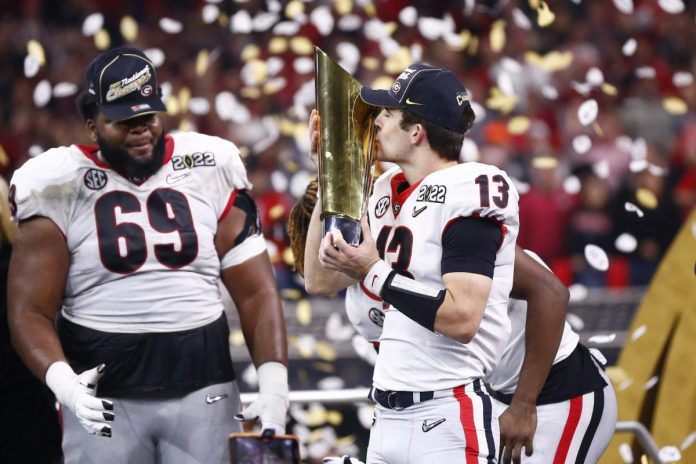 Speaking to the media today, CFP Chairman Bill Hancock was asked exactly this question. Hancock replied that there were “important conversations” and nothing else significant.

“The Management Committee and our board have been in serious negotiations to provide some benefits to the players. Now we are doing something for the players, (the question is) what else can be done,” Hancock said.

It seems to be a very long form to say “No”. But this should not be surprising.

The idea of compensating players in any college sport has been shut down at almost every turn by the NCAA at every turn for decades. It took a federal court to force the NCAA to allow compensation for the name, image and likeness. And even then, the NCAA still intends to curb it as much as possible.

If federal law does not take away from the NCAA the authority to resolve such issues from the organization, then it is extremely unlikely that any financial benefit that they will receive from any major network transaction will go directly to the players.

But college football often teaches us to expect the unexpected.