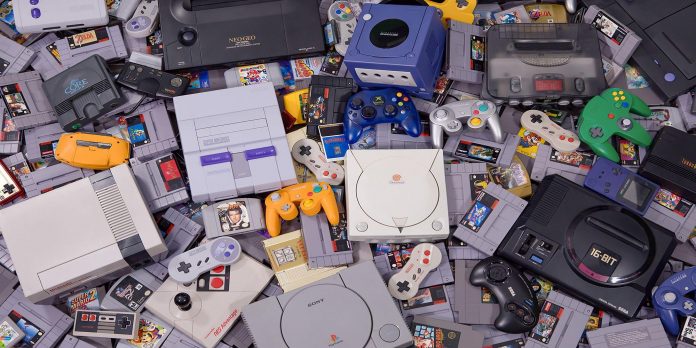 What can be considered the world’s greatest collection of video games, consisting of Nintendo, Sega and many others, is up for sale and can be bought by players and collectors. Well, that’s if they can afford the asking price for this impressive collection that serves as a window into the last 50 years of gaming.

This collector has at his disposal almost every console of every generation over the past 50 years in every variation, such as colors, models and limited editions. According to the French eBay listing, this huge collection has about 2,250 consoles and costs 984,000 euros, which is equivalent to almost one million US dollars. From what you can see, these consoles are in their original boxes and come with games, figurines and other additions.

In addition to the eBay listing on consolevariations.com A gallery of the collection is available, which was originally created by a collector known as Kaori30. Their collection can also be viewed as a video on the collector’s YouTube channel, where their Sega collection is presented and much more. This collection can attract fans who want to experience what the last 50 years of games have to offer in its entirety, even if only in the form of a showcase.

According to Google’s translation of the French eBay listing provided by Kotaku, Kaori30 started its collection in the early 90s, before video game collecting became popular. Unfortunately, Kaori30 actually sold its collection in 2000. However, they continued to collect until 2011, stopping due to “lack of time”. The collector notes that they fell into the collecting trap again in 2018, when they visited Tokyo, and thus re-acquired everything they had previously sold. As is the case with any collection, the journey was long with many winding roads, although one look at the presented collection shows the fruits of their labor. As indicated in the eBay listing, the collector believes that these consoles can no longer be found, even with the finances necessary to purchase these collectibles, and that the collection may be well suited for a museum. Products that are not available anywhere are sold on eBay at extremely high prices, since the website is not new to such lists.

Nintendo has considered restarting classic consoles, and while emulation provides an opportunity to experience older games, an argument can be made that this is not the same as using original hardware, not to mention the difficulties of running emulation for beginners who are not used to how these applications work. Regardless of the asking price, this collection is a testament to the fact that the last 50 years of games have been offered in the original format presented.