Home Tech A collection that the Witcher fans are priceless, is free at GOG 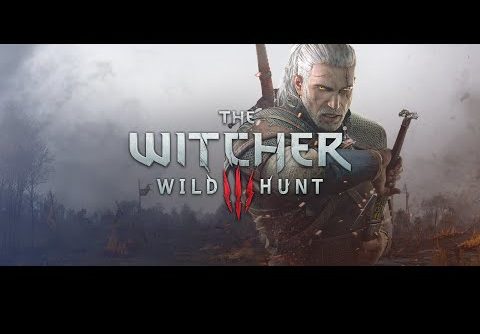 One of the popular online gaming platforms, GOG has launched a special campaign that will delight fans of The Witcher. As part of this campaign, the platform offers dozens of unique content from The Witcher for free.

The online game platforms, which have become popular with the spread of the video game industry, come across with important campaigns from time to time. Now, GOG, which has been in our lives for a very long time, has launched a spring campaign and we have seen dozens of games with huge discounts within the scope of this campaign. Not only making discounts, the platform also launched a campaign that would delight fans of The Witcher.

The Witcher is a game series that has been in our lives for a very long time. The game, developed by CD Projekt Red, has recently appeared on Netflix, the world’s most popular online series and movie platform. The Witcher fans watched the series version of the game series that they already know closely, and millions of Netflix users had the opportunity to meet The Witcher.

The Witcher campaign, launched by GOG, unfortunately does not include any game in the series. As part of this campaign, The Witcher fans get dozens of exclusive content from the series. These include various posters, behind-the-scenes images, various booklets, some exclusive videos, interviews and wallpapers. Thus, gamers will be able to consolidate The Witcher admiration with these ingredients.

This special offer offers all of the following content for free
What you need to do to participate in GOG’s The Witcher campaign
First, use the link found here and access GOG’s homepage.
As you scroll down on the page, you will see a section like this;
Click on the button that says “Get it FREE”.
To get GOG’s The Witcher collection for free, you need a GOG account. The pop-up menu that comes up is also prepared for this process. You can log in to your GOG account using here, or you can create a new GOG account.
After logging in, click on the “Get it Free” button again. In a few seconds, you will see that the section in question has changed.
Your Witcher collection will be added to your GOG account in about a minute. So how do you access this special collection?
Bring the website you are on to the top. You will see a section with your username at the top of the screen.
A small menu will open when you hover your mouse over your name. There is a section in this menu that says “Games”. Click here.
On the page you are directed to, you will see the content you have received from GOG before or for free. Click on the section called “The Witcher Goodies Collection”.
You are now ready to both see the details of the content and download them.

Traces of the new battery health tool coming with iOS 14.5