Home News Collapse of a Crypto Exchange: Where Is $ 250 Million? 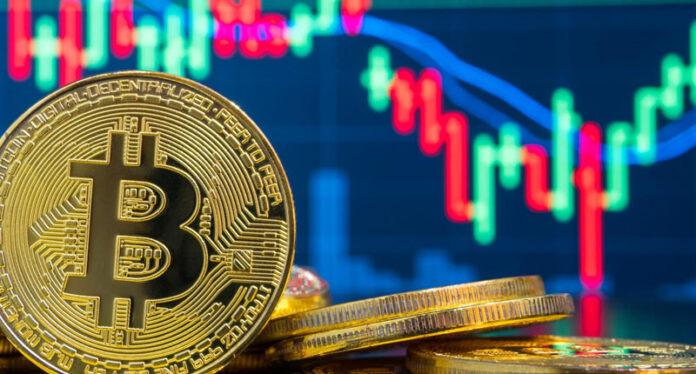 With the unexpected death of Gerald Cotten, the founder of the Quadriga stock exchange and trusted name by the Canadian investor, the $ 100 million fund that was behind him lost in the sea of ​​crypto money. But investors had no intention of leaving their funds in the stock market, which collapsed with the death of the founder. Or had such an exchange ever existed? This is the story of the death, secrets and cryptocurrencies of Gerald Cotten, founder and CEO of QuadrigaCX.

Gerald William Cotten, born May 11, 1988, founded Quadriga Fintech Solutions in 2013 to make a name for himself in the world of fintech. This company managed QuadrigaCX, which is shown as Canada’s largest cryptocurrency exchange until 2019. QuadrigaCX has attracted more and more people in Canada with the support of Bitcoin, Ethereum and Litecoin, but the end was not what investors had imagined.

He prepared a will at an early age

Canadian fintech ‘prodigy’ Gerald Cotten and Jennifer Robertson, who got married in November 2018, decided to go to India in early December to spend their honeymoon. But QuadrigaCX founder and CEO Gerald Cotten had one important job to do before he left: Making his will.

When Cotten decided to make his will, this was found rather strange for a 30-year-old who had no life-threatening ailments. But before Cotten arrived in India on a plane departing from Canada on December 8; He had his will prepared to leave all of his financial assets to his new wife, his yacht to his parents, and the private plane to his brother. And within 24 hours of taking the first steps to start a happy future with his wife in India, it was announced that Cotten died suddenly of Crohn, a digestive disease.

A sudden death and bankruptcy

Cotten’s death was not only a disaster for his wife and family; It was also a huge loss for QuadrigaCX users. After Cotten died in the last month of 2018, the stock market ceased operations in 2019 and owed nearly $ 215 million to thousands of customers.

After the death of Gerald Cotten, Cotten’s widow Jennifer Robertson was brought to court with a lawsuit filed by stock market users who could not withdraw their funds. Robertson said in court that most of the funds on the platform were held in cold wallets as a security measure. The problem was; Gerald Cotten was manually transferring these funds from his laptop to active wallets, and before he died, he had neither told his wife nor anyone else the recovery key or password.

The court decided to examine these offline wallets where the funds were locked. In line with the decision, five of the six wallets examined by Ernst & Young were found to be empty. The sixth wallet was used to buy BTC funds from another exchange just days before Cotten’s suspicious and sudden death. Customer funds were absent.

Was Quadriga just a fraudulent or pyramid scheme?

The regulatory agency Ontario Securities Commission (OSC) announced that the cryptocurrency exchange Quadriga was a fraudulent pyramid scheme, after the sudden death of its owner, with user funds skyrocketing. Also, according to crypto research firm Chainalysis, Quadriga probably never invested with the funds it received from its users.

According to the report published by the OSC, Gerald Cotten was turning the exchange as a pyramid scheme that provides deposits of others rather than their own funds to users who want to withdraw money. The OSC explained this system in a statement:

What happened to the coins?

According to 10 months of research, the so-called stock exchange owed about 215 million dollars to more than 76 thousand customers. Only $ 46 million of their funds could be given back to clients, thanks to Ernst & Young’s commission. It was announced that the remaining money was spent in various places or lost by various investments made by Cotten.

It was noted that 115 million dollars of the money was spent by Cotten for “luxury life”. For Cotten, who has been managing the company alone since 2016 and did not register or obtain a license to avoid any inspection mechanism, this expenditure was entirely on its own initiative. 28 million dollars of the money was lost due to Cotten’s unsuccessful investment choices in other exchanges. The whereabouts of $ 23 million are still unknown.

Is he really dead?

Lost funds and the sudden death of the stock market boss with no known disturbances raised some doubts. Expressing their condolences to Cotten’s death and the brilliant businessperson, the investors began to think that even his death could be a fraud as the details emerged. Many people claimed that Cotten disappeared by concocting a fake death story. Another factor that raised the suspicion was that the post announcing Cotten’s death on the official page of the Qaudriga exchange was posted with a delay of 1 month.

Thereupon, during the trial process, the investors requested the court through their lawyers that Cotten’s body be exhumed and an autopsy be performed. The lawyers drew attention to the questionable circumstances surrounding Cotten’s sudden death, drawing attention to the “need for certainty as to whether Mr. Cotten was actually dead.” This request has not yet been answered positively or negatively in 2020, which has led to customer anger.