Home Crypto “Collapse Is Coming” Investment Specialist: Gold and I Will Buy It! 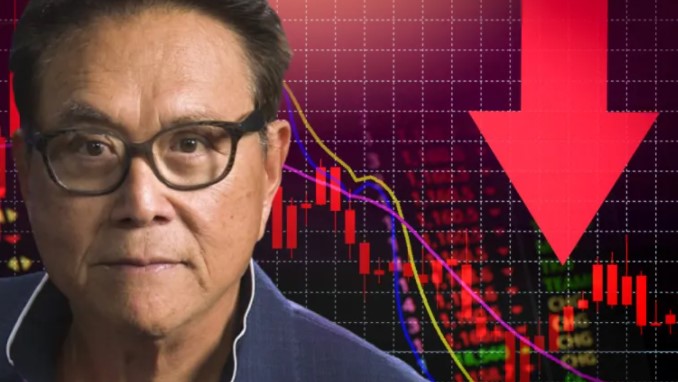 Robert Kiyosaki, businessman and author of the personal finance book “Rich Dad Poor Dad,” predicts a major market crash and depression, a scenario that will affect various investment assets, including Bitcoin. The investment expert claims that the crash provides an excellent opportunity to invest in Bitcoin, gold and silver.

However, Robert Kiyosaki, who claimed via his Twitter account that the collapse will be triggered by the ongoing ‘fake inflation’ initiated by the Federal Reserve and President Joe Biden’s administration, however, thinks that the collapse presents an excellent opportunity to invest in Bitcoin, gold and silver. But he warns investors to be wary of current inflation:

The US is currently grappling with historic levels of inflation, and the environment has reignited the debate between gold and Bitcoin over the ideal hedge against inflation. Gold prices rose amid inflation, but Bitcoin experienced high volatility. However, Robert Kiyosaki estimates that the asset was largely untested before and will reach around $1.2 million in the next five years. The author records that he made his bets on Bitcoin, silver and gold.

Previously, Robert Kiyosaki had successfully predicted that Bitcoin would surpass $50,000 in 2021 as a result of the weakness of the US economy. Also, in line with Kiyosaki’s prediction, Finbold’s previous report states that the amount of Bitcoin under the HODL metric reached an 11-month high of 7,224,018,804 as of December 9th. The data shows that potentially Bitcoin investors are accumulating the asset by taking advantage of the price drop.