Home Celebrity COLLABORATIONS WITH WHICH BTS COULD SURPRISE US IN 2020 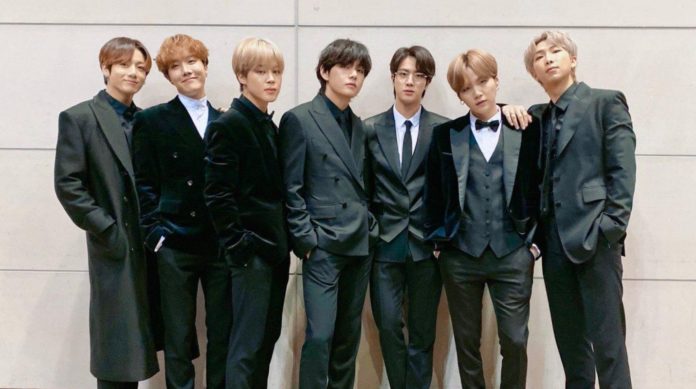 There is no doubt that BTS has become one of the most popular K-Pop bands of the moment. Their concept of self-love and their incredible talent has led them to become world famous and surround themselves with talented artists. Throughout his career, Bangtan has launched several collaborations alongside different music stars such as Nicki Minaj, Steve Aoki and Halsey. But what does the band hold in 2020?

During 2019 several rumors of new collaborations for BTS emerged. We present a list of 10 artists with whom Bangtan could work in this 2020, some of the possible collaborations are already confirmed, do you want to know what they are? Continue reading!

ALEC BENJAMIN
During this year, Jimin was invited to a concert by his favorite artist after having confessed his fanaticism for his music. Later, Alec Benjamin confessed that it was among his plans to make a collaboration with the idol. Could it be that both are already working on their promised song? or:

DRAKE
Earlier this year, BTS met with Drake at the Billboard Music Awards, a moment that was immortalized with a beautiful photo. On numerous occasions, idols have mentioned the desire they have to make a collaboration with the rapper since that is one of his biggest dreams. Now that you know each other, everything can be possible. Don’t you think

Khalid
Can you imagine what a Khalid song with BTS would sound like? Several months ago, during a radio interview, RM mentioned that one of the next collaborations they have planned is with the singer. Later, Khalid also gave several tracks of the song he will prepare with Bangtan. So far they have not given new signs of their collaboration, but perhaps 2020 is the year in which we can finally hear it. Yaay!

BILLIE EILISH
Billie Eilish and BTS repeatedly woke up the possibilities of launching a collaboration together. Jungkook has shown his fanaticism for the singer on several occasions and Bangtan met her at Jingle Ball. The rumors and desires that they work together only increased since that day; on another occasion Billie defended BTS from the haters and mentioned that they are very sweet. Let’s cross our fingers to make it happen!

LIL NAS X
Lil Nas X and RM surprised fans by releasing ‘Seoul Town Road’, a song that became an instant hit. However, everything seems to indicate that the singer could be about to launch a new collaboration with BTS. During Variety Hit Makers, they met and RM talked about a song they are preparing with Lil Nas X, even said they would see each other again very soon. Later, Variety deleted this video. Suspect right?

ARIANA GRANDE AND JUSTIN BIEBER
During Jungkook’s birthday, Justin Bieber made a controversial post where he congratulated and hinted that they would work together. These rumors increased months later, when the singer’s manager, Scooter Braun, started following BTS and BigHit on Twitter only to later share a post where he said a great collaboration was coming. OMG! In addition to representing Justin, Scooter also works with Ariana Grande, a singer who met with Jungkook this year. Could it be that in 2020 we will have a double collaboration?

YOUNGHA
Just a few days ago, RM talked about his future collaboration with Youngha, which will be included in the new album of the singer ‘Unstable Mindset’. The song they worked on together is called ‘WINTER FLOWER’, where Namjoon participated in the composition of the lyrics. His colab opens on January 6, 2020. Are you ready?

LIZZO
Undoubtedly, the list of artists who want to live the experience of working with BTS continues to increase. One of these celebrities is Lizzo, who during this year stated that she would love to collaborate with Bangtan. 2020 would be a good opportunity for the idols and the singer to merge their styles and prepare something together. <3

STEVE AOKI
BTS and Steve Aoki have surprised us several times with new collaborations and spectacular remixes. However, in an interview, the DJ revealed that he and his friends from Bangtan were preparing a new song that they will release very soon. Although he did not reveal more information about his collaboration, we are sure it will be sensational.