Shocked by the death of George Floyd, Cole Sprouse takes advantage of social networks to make his voice heard and fight against racism.

Reactions to the death of George Floyd continue to proclaim the guilt of the police. Cole Sprouse is speaking on social media to fight racism!

The United States is in mourning and angry. Indeed, since this morning, the stars have taken advantage of their celebrity status to denounce police violence against the black community.

Emily Ratajkowski, Billie Eilish, Lili Reinhart or Cole Sprouse. All have taken possession of social networks in order to make their voices heard. According to them, George Floyd has the right to justice.

The young American was the victim of the police a few days ago. Suspected of completing a false check, a white police officer then targeted the man.

Despite the victim’s suffocation, the victim continued to cut his breath with his knee. Today riots then take place in Minneapolis. Cole Sprouse speaks on Instagram. 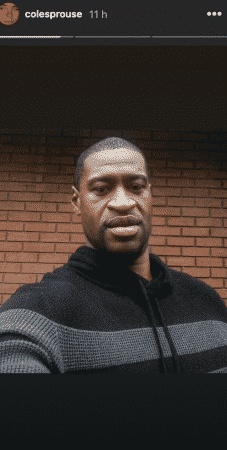 COLE SPROUSE IS COMMITTED TO THE FIGHT AGAINST RACISM AFTER THE DEATH OF GEORGE FLOYD!

On social networks, Cole Sprouse therefore disseminated the photo of the young man who died under police beatings. Subsequently, he even published an article talking about American society.

“I’m going to share a link to an article for anyone interested. It is important to read the role of white silence in a political state of institutionalized racism like in the United States. ”

“I recognize that perhaps social media is not the best place to have a discussion. But if you feel as upset as many of us about the death of George Floyd and many others, please swipe. ”

Very touched by George’s case, Cole Sprouse however refused to put the images of the drama online.

The promotion date of Honor Band 6 has been announced!

REVEAL BEHIND THE ‘INTERLUDE: SHADOW’ CAMERAS