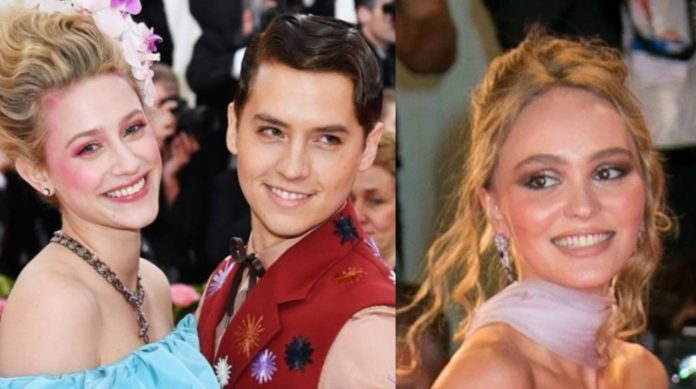 Cole Sprouse and Lily-Rose Depp are in the eye of the hurricane; This has happened after the Golden Globe Awards ceremony, when both attended the party in a club, without their respective partners. WHOOT?

Cole has been sentimentally linked, for 2 years, with his cast partner in the “Rivardale” series, Lili Reinhart. Lovers are always looking for a way to show their love, whether with photographs, jokes or poems.

On the other hand, Lily-Rose, seems to have more than a friendship with the Franco-American actor, Timothée Chalamet, who by the way, has begun to gain fame and recognition for his incredible performances and appearances in productions that have form and substance.

Fans of both courtships have begun to wonder if Cole and Johnny Depp’s daughter have a secret relationship, as they found it strange that they both left their partners. The biggest doubt of the followers, is that as much as Sprouse and Depp, were in the awards with Reinhart and Chalamet, why did the 4 not attend the nightclub?

A source close to them has said that young people only share a beautiful friendship:

“There is nothing between them. Cole and Lily-Rose are just friends.”