Home Celebrity Cole Sprouse was arrested and explains himself what happened 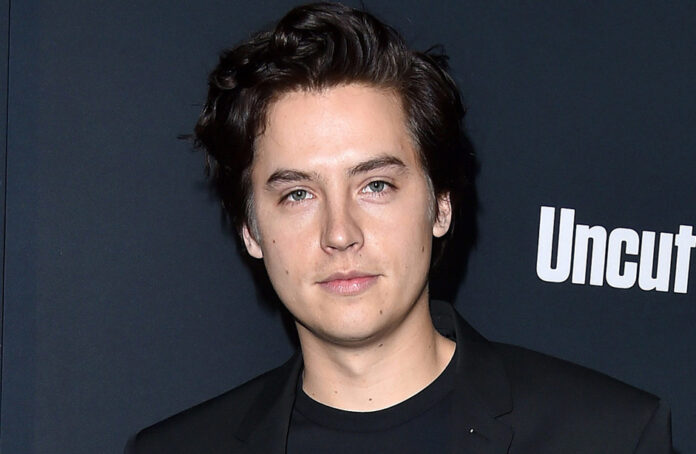 Cole Sprouse was arrested and explains himself what happened. The Riverdale actor decided to explain to his fans what happened behind his arrest during a peaceful demonstration …

The famous join the demands of society for an American government without racism or extreme violence against African-American people in the United States, for this reason, big names have joined the various peaceful protests that show discontent with the government’s oppression. from Trump. However, now we discover (from the hand of his own Instagram account) that Cole Sprouse was arrested this weekend as a result of police actions to stop the protests that are taking place across the country, in his case, in California.

A group of peaceful protesters, myself included, were arrested yesterday in Santa Monica. So before the voracious horde of media sensationalism decides to somehow turn it about me, there’s a clear need to speak about the circumstances: Black Lives Matter. Peace, riots, looting, are an absolutely legitimate form of protest. the media is by nature only going to show the most sensational, which only proves a long standing racist agenda. I was detained when standing in solidarity, as were many of the final vanguard within Santa Monica. We were given the option to leave, and were informed that if we did not retreat, we would be arrested. When many did turn to leave, we found another line of police officers blocking our route, at which point, they started zip tying us. It needs to be stated that as a straight white man, and a public figure, the institutional consequences of my detainment are nothing in comparison to others within the movement. This is ABSOLUTELY not a narrative about me, and I hope the media doesn’t make it such. This is, and will be, a time about standing ground near others as a situation escalates, providing educated support, demonstrating and doing the right thing. This is precisely the time to contemplate what it means to stand as an ally. I hope others in my position do as well. I noticed that there are cameras that roll within the police cruisers during the entirety of our detainment, hope it helps. I’ll speak no more on the subject, as I’m (1) not well versed enough to do so, (2) not the subject of the movement, and (3) uninterested in drawing attention away from the leaders of the #BLM movement. I will be, again, posting the link in my story to a comprehensive document for donations and support.

The explanation of why he was arrested was released through a photo that reads’ Black Life Matters’ where he recounted what happened and the reasons behind his arrest: ‘A group of peaceful protesters, including me Himself, we were arrested yesterday in Santa Monica . So before the voracious media horde decides to talk about me in any way, there is a clear need to talk about the circumstances : Black Lives Matter. ‘ Peace, riots, looting are an absolutely legitimate form of protest. The media by nature will only show the most sensational, which only shows a long-standing racist agenda … This with the intention that the attention of these ‘arrests’ be kept at the end of the protests and not in the media that the arrest of a famous person can result.

But why was Cole Sprouse arrested? The protagonist of ‘Riverdale’ himself detailed the facts behind this situation: ‘They stopped me when I joined, like many of the latest vanguard within Santa Monica. They gave us the option to leave, and they informed us that if we did not withdraw, we would be arrested . When many turned to leave, we found another line of police officers blocking our route, at which point they began to tie us up. Needless to say, as a straight white male and public figure, the institutional consequences of my arrest are as nothing compared to others within the movement. ABSOLUTELY not a narration about me, and I hope that the media does not do so. This is, and will be, a time to stay close to others as the situation escalates, providing polite support, demonstrating and doing the right thing. This is precisely the time to contemplate what it means to be an ally. I hope others in my position will too. I noticed that there are cameras that rotate inside police cruisers throughout our detention, I hope it helps. I will not speak further on the subject, since (1) I am not sufficiently informed to do so, (2) I am not the subject of the movement, and (3) I am not interested in diverting the attention of the leaders of the #MovementBLM. I will republish my story link in a full document for donations and support. ”

It’s become very clear to me that some of you need to see what I’ve seen. Please swipe through this. These pictures and videos don’t even scratch the surface. It’s easy from the comfort of your home to watch looting and rioting on television and condone the violent measures being taken by forces. But what you don’t see is innocent peaceful protestors being shot at and tear gassed and physically assaulted relentlessly. You think it’s not happening, it’s only the “thugs” and the “riots”, right? The police are keeping you safe right? You’re wrong. This is happening everywhere. And innocent people exercising their rights to speech and assembly are facing violence and abuse of power. With all of our medical professionals being CONSUMED and EXHAUSTED with Covid, there is little to no medical attention available. I have first hand treated men women and children who have been shot in the chest, the face, the back. Some will lose vision some have lost fingers. I have been covered in innocent blood. My father is a black man. My mother is an EMT. This week I had to put those two associations together in ways that have horrified me. This is NOT a virtue signaling post. But I HAVE to show you what I am witnessing with my own eyes. With Trump’s decision today to enforce the mobilization of armed forces on our own citizens, this has escalated beyond your privilege and comfort to not care. Please care. We are begging you to care. This is war on Americans. This is everyone’s problem. Everyone’s. #BLACKLIVESMATTER

Other celebrities who have joined the recent protests have been the singer Halsey, who supported people who were raped during the protests and through financial aid, Harry Styles has helped several ‘detained’ people to be released by paying their bails.

“We splashed in the water” — Meghan Markle reveals details of...

What will happen between Maggie and Negan