Home Celebrity Who have been Cole and Dylan Sprouse’s girlfriends? 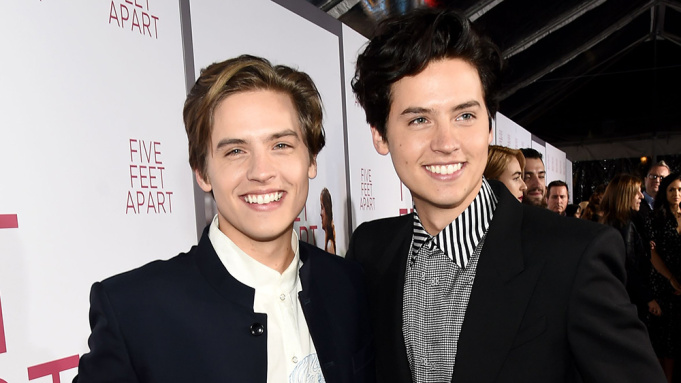 Who have been Cole and Dylan Sprouse’s girlfriends? The Sprouse twins have dated beautiful girls from the world of modeling and television, know who their girlfriends have been.

Who are the brides of Cole and Dylan Sprouse ? The love life of the Sprouse twins has been characterized by lasting relationships , here we tell you who have dated them.

These guys have worked in the entertainment industry since they were very young, for that reason, their friendships, outings and their love life have always stolen the attention of the media.

Although they have not had a large number of girlfriends throughout their careers , each one has a love history worth mentioning, since they have also been linked to great stars in the world of modeling, music and television.

Read on and find out who were the lucky girls who stole the heart of Cole and Dylan Sprouse .

Dylan and Miley met because they were both Disney stars, their closeness at work led them to share some dates during 2006, but they were both very young, so after a few outings together they stopped frequenting on a plan romantic .

The model Dayna Frazer dated Dylan between 2014 and 2017, however, that relationship did not end very well, since the girl took her social networks to give a series of statements about why sometimes others cannot be trusted, This coincided with the end of their relationship, so it was taken as a hint where he accused Dylan of having been unfaithful to her.

In 2018, Dylan started dating Victoria Secret model Barbara Palvin, the couple even bought a place to live together and to date they are very happily sharing the moments of their relationship .

The first girl to conquer Cole was Sophia Oda, one of her co-stars in the television series Zack and Cody, twins in action. In the series, her characters had a romantic interest , so after sharing scenes they sometimes appeared in real life during 2009.

Debby was also part of the Disney series starring Cole and Dylan Sprouse. After living on set, she and Cole became close, so it was common to see them together and this sparked a series of rumors about whether they were dating a romantic plan. This happened in 2010, but both denied the rumors and claimed to be good friends.

Bree is an illustrator who has gained popularity on the internet, she and Cole met while studying at the same university and started dating in 2010, although five years later they would end their relationship .

Cole’s most recent conquest was Lili Reinhart, his co-star on the Riverdale series, although at first they tried to keep their relationship a secret, then they felt confident to share their relationship through their social media. Unfortunately, after almost three years together, Cole and Lili ended their courtship in late May.