Home Celebrity COLDPLAY COULD HAVE TWO NEW DISCS ON THE ROAD 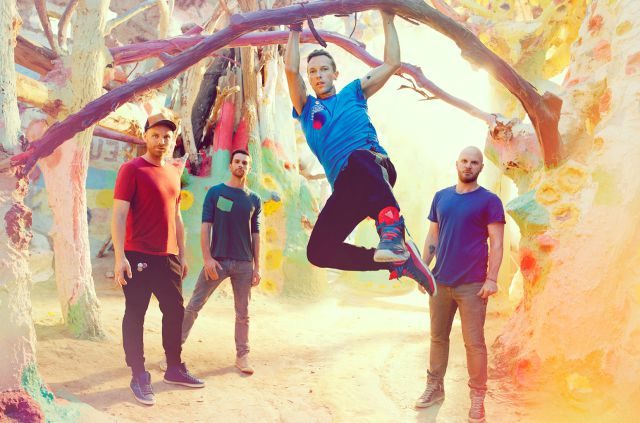 It’s been almost four years since Coldplay put up its latest studio album: A head full of dreams. After more than two years of touring, the British said goodbye to the stage with a commitment: rest as a band and stop publishing studio albums as they had been doing.

The first phase has been fulfilled to the letter and we have not been able to see the quartet except in a few solidarity exceptions. The second part of their goal also began to fulfill it when they tried to launch new material under the name of The Units.

Parlophone Records announced at the end of 2018 the EP Global Citizen EP 1 (which included the witness of the EP Kaleidoscope) with four new songs in which, among others, Pharrell Williams, Stormzy, David Guetta, Stargate, Cassper Nyovest, Jozzy, Wizkid participate , Tiwa Savage and The Units. A project that was led by Chris Martin and in which Will Champion, Jonny Buckland and Guy Berryman also embarked.

We're celebrating the release of #theButterflypackage documentary / concert film / live album (out Friday!), by sharing some classic #Coldplay live shots and accompanying tales from @millerworld, who's been photographing the band since 2002…⁣⁣ ⁣ Mylo Air⁣ ⁣ I remember early on during Mylo recording, Chris coming into the studio with a few (possibly four) of the watches he’s wearing here – all in different bright colours with the same chunky design. He explained that they were a reference point in how he wanted the album to feel. This certainly wasn’t the only one – there were many many things that went into the pot. ⁣ It always used to make me smile though, noticing it in photos as I processed them.⁣ As a reference point for the feel of Coldplay’s live shows from Viva forwards I think this shot serves pretty well.

Since that time and to date we have practically not heard from them again but the British newspaper Daily Star has once again put the spotlight on the musical news about Coldplay. Always according to the same source, the quartet would have two new albums on the way.

The first one would go on sale next November, 2019. A source from this media says that “the first album is the most experimental part of Coldplay. They probably won’t go on tour until 2020 when the next album is released. “.

A more experimental and a more commercial project with which the group would continue to meet that objective set two years ago. Rumors point to Conscious pilot as a possible single presentation of the most imminent album.

Vikings: fans dream of a crossover with Game of Thrones!