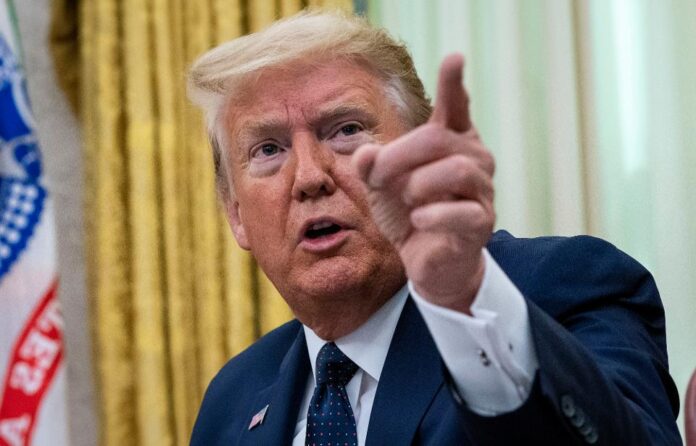 After the Cambridge Analytica scandal that marked the 2016 general elections in the United States (USA), the fight between US President Donald Trump and social media companies is growing before the 2020 elections.

Trump took action to take control of social media companies when Twitter also applied the “verification information” tag it added to some of its posts to prevent the spread of false information to the tweets about Trump’s “remote voting” in the state of California.

The day before, Trump signed the decree aimed at reducing legal protection for social media companies and more tightly monitoring these companies. With the new decree, supervisory institutions in the USA are given the right to initiate legal action against companies such as Facebook and Twitter when necessary.

“I think Facebook should not be a judge about everything people say on social media,” said Facebook CEO Mark Zuckerberg, who made a statement on the subject, saying that they think differently from Twitter. Quoting Zuckerberg’s words, Trump said Facebook also criticized Twitter for this decision.

According to the news published on the BBC’s international site, social media companies are considered as a “platform” rather than a “publisher” who may be sued for the content they publish under Article 230 of the Communications Compliance Act in the USA. The law therefore gave social media companies the right to be exempted from responsibility for content.

Strict measures in the US before the 2020 elections

According to the information compiled from the “disinformation and 2020 Elections: How to Prepare Social Media Sector” report prepared by the New York University Stern Center for Business and Human Rights, the American Elections to Take Place in 2020 carry the risk of being manipulated just like the previous 2016 elections.

The report reported that American voters should be careful in areas such as Deepfake videos, disinfection from within the country, Americans working for foreign countries, Instagram, WhatsApp, Iran and China, Private Companies, and suppression of digital voters.

In the report, it was pointed out that Instagram is the platform where foreign trolls are most effective in the 2016 elections, while the Russian Internet Research Agency (IRA) interacted with 187 million users on Instagram between 2015 and 2018, and this figure was higher than Facebook and Twitter.

Acting on the manipulations that may occur in 2020, the FBI met with social media giants, especially Facebook, and evaluated the measures they took. Twitter has announced that it prohibits all political advertisements and postings as it may cause manipulation on social media. “We have decided to end political postings on Twitter worldwide. We believe that the privilege of sending political messages is not a purchased right, but a situation to be won,” said Twitter CEO Jack Dorsey. had made a statement.

What happened in the 2016 elections?

Aleksandr Kogan, a research assistant at Cambridge University, stored 87 million people’s information through the personality test application “this is your digital life”, which served via Facebook, and sold this information to Cambridge Analytica, a company operating for political consultancy in 2016. In the scandal unveiled by the British television channel Channel 4, the company Cambridge Analytica allegedly used the data it obtained to win the 2016 American elections by Donald Trump.

Coronavirus Infected From a Cat Owner in Belgium