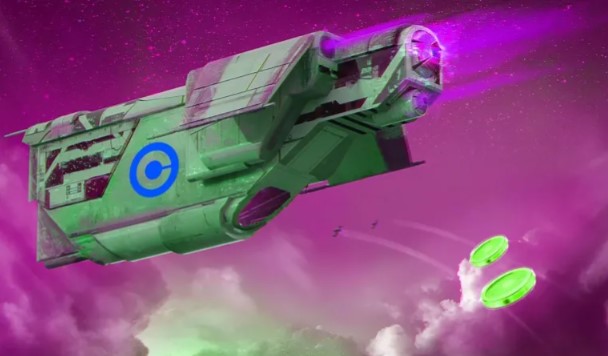 Coinbase, one of the largest cryptocurrency exchanges in the world, has announced a new listing. Coinbase shared on its Twitter account that the Web3 Coin STEPN project will list binary tokens, GMT and GST. With the news of the listing, the tokens of the Web3 coin project jumped onto the board.

Coinbase Listing Blew Up Tokens of the Web3 Coin Project

Coinbase announced on its Twitter account that two STEPN tokens (GMT and GST) will be placed on the popular crypto exchange. However, it was stated that the Green Satoshi Token (GST), which is located in the STEPN ecosystem and is an offshoot of the metaverse of this altcoin project, will be listed with an experimental tag.

STEPN is a “play to earn” (P2P) game project created on the Binance and Solana network by a team of Chinese Blockchain developers. The tweet also states that P2P asset transfers are available on the Coinbase exchange in areas that support such trading.

The announcement also emphasizes that users should not send their GMT and GST assets over other networks, as these assets are only supported on the Solana network. According to experts, after the Coinbase listing, the value of these tokens is expected to increase, as it often happens when listing tokens on the Coinbase exchange. Indeed, after the news about the listing, STEPN (GMT) added more than 20%. The Web3 coin token was trading at $3.90 at the time of writing.

GST, which has more limited usage compared to GMT, recorded a daily increase of about 15%. At the time of writing, the token was changing hands at a price of $ 6.19.

STEPN (GMT) is a kind of application for living in Web3 with GameFi elements on the Solana blockchain. It combines the features of the game “play to earn” with a fitness app to create a new category called “winning by movement”. Users buy NFT sneakers, which they can use to earn in-game money while walking or running.

Green Satoshi Token (GST) is a STEPN gaming token, a Web 3.0—style living application with built-in fun social elements and gamified design. STEPN is the first ported NFT game in which players earn GST tokens by walking and running outside in NFT sneakers. GST tokens can also be used to level up and create new sneakers, and players can sell/rent NFT sneakers in the Marketplace app.