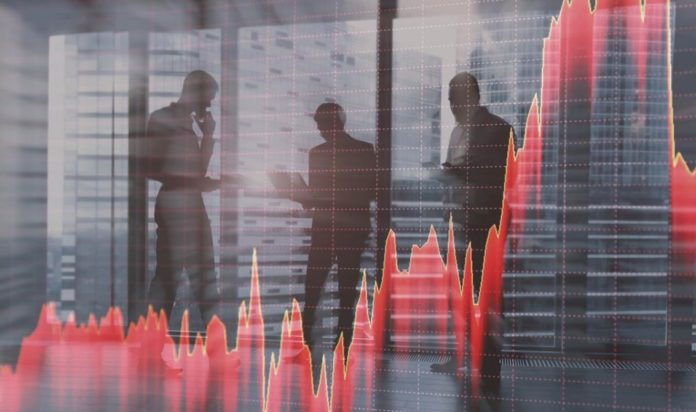 Coinbase explains why Bitcoin price fell 50 percent. The cryptocurrency exchange Coinbase made an explanation as to why Bitcoin’s price fell about halfway on March 12.

The cryptocurrency exchange Coinbase has released a detailed article about Bitcoin’s 50 percent collapse on March 12 and how its users reacted to this situation .

Coinbase’s question on the subject was: Since Bitcoin is an asset that will be a safe haven in times of crisis, then why did it experience a 50 percent meltdown when all markets fell? This was the biggest loss Bitcoin has experienced in one day since 2013.

Coinbase first started by drawing a general framework of the event. Just a day ago, the World Health Organization announced that the coronavirus could be a worldly epidemic. In addition, Donald Trump introduced a travel ban between Europe and the USA, while Italy announced a curfew across the country.

According to Conibase, the fact that the global economy could not handle this heavy collapse, which resulted in giants like S&P 500 and Dow Jones falling 10 percent and was the biggest drop since Black Monday in 1987, could not be seen in those days.

What happened in Bitcoin on March 12
As a result, according to Coinbase, on March 12, the following happened:

“When the investment vehicles experience sharp dreams, investors switch to“ safe ports ”like the US dollar.”
“However, everyone’s desire to exit leads to a serious liquidity problem, and the number of sellers surpasses buyers by a large margin and decreases as prices fall.”
“Many large asset traders here had leveraged positions where assets of $ 1 in value were actually backed by debt worth of $ 2 or $ 3. Salt hit this wound. ”
“When the market collapsed, leverage positions faced the risk of bankruptcy or closing. The dollar became the rising value here. ”
“When huge liquidations were added alongside general sales, the cash attack started. Vendors started selling everything they could sell, not just what they wanted to sell. This included Bitcoin and other cryptocurrencies. ”
To further elaborate, according to Coinbase, the fall of Bitcoin was for reasons similar to those listed above:

“Some short-term investors went on sale immediately. Some institutions wanted to cash immediately and sold. Of course, it should not be forgotten that leveraged positions are also closed. ”
“However, Bitcoin price continued to fall faster and harder than traditional markets. There was only one reason for this, and that was the size of the lever in the Bitcoin industry. ”
Regarding the issue, Coinbase can handle up to 100 times leveraged in overseas exchanges in Bitcoin, although it is allowed to lift 2 or 3 times in traditional markets. This means that if there is even a $ 1 change against your position, the transaction can be closed and you lose your money.

In the crypto area, there are other types of leverage: miners often secure loans with Bitcoin, lenders offer cash loans for BTC deposits, and more advanced traders use leverage for futures contracts.

4 billion dollar position
Just before the big drop, the total size of all leveraged contracts on stock market products was about $ 4 billion, which was large enough to mean that any significant drop could create additional shocks in the price.

Although such large drops were often times when buyers took action to negotiate, the degree of panic was so high that buyers turned into sellers:

“As prices dropped, more leverage positions were forced to close. Each new sale was met with a small purchase, and it was further liquidated by bringing the price back to a lower level. A step-by-step decrease… ”
BitMEX was the stock market with the largest number of liquidations experienced this floor and floor:

“In the first sales period, BitMEX Bitcoin price was under many exchanges. However, while volatility was at its highest level, the price was not like this until suddenly the stock market was closed due to maintenance (DDoS attack was shown) and the price returned again. Even though Bitcoin price fell below the 3500s, it found 5000 dollars again later. ”
So, how did Coinbase users react to a collapse “exacerbated by excessive leverage in crypto” caused by a broad liquidity crisis?

Coinbase announced that record-breaking figures were seen in 48 hours during and immediately after the decline (compared to their last 12-month average):

Coinbase users were buying at the time of price drop
The focus of attention of Coinbase users was mostly Bitcoin (unlike other crypto assets found on Coinbase) and more than half of both total deposits and transactions were made in Bitcoin. However, the numbers also increased in Ethereum and XRP.