Home Celebrity Cody Simpson Shares In Advance Of The Song That Written To Miley... 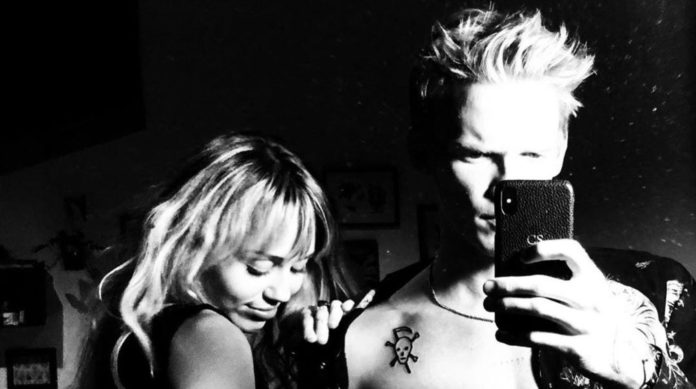 Last week, Miley Cyrus shared a story in which Cody Simpson sings a bit of the song she wrote especially to the “Malibu” performer, titled “Golden Thing.” She announced that she would have him finish it so we could all meet her. Wow!

In the afternoon of October 17, Cody shared a tweet in which you can read a fragment of the song, a few hours later, uploaded a video in which you can hear how this tender song sounds; The image that appears in the background is from Cyrus’s neck.

I shouted the words in the first daylight, and a chorus of birds burst on into sight. If we could be heard, for whatever it’s worth, by the rulers in the sky, they’d cry. #goldenthing

A clip that lasts about 12 seconds, with a pretty romantic tune and in his voice, we can perceive the sincerity and how in love the singer is with her. AWW!

Even the family of both celebs are happy with this relationship, because Simpson’s mother uploaded a photo to her personal Instagram account, with a message in which she said she felt so happy to see them always smile; In the post neither Miley, nor her mother, Tish Cyrus could avoid the desire to comment.

Things for Miley Cyrus begin to make sense, after having spent a few chaotic months, the famous is stabilizing emotionally, to the extent of starting a new relationship after her divorce with Liam Hemsworth and her break with Kaitlynn Carter, with whom she maintained a fleeting relationship.

Dwayne Johnson thanks fans for 20 years in Hollywood and reflects...

Chris Van Dusen confirms there will be a second season