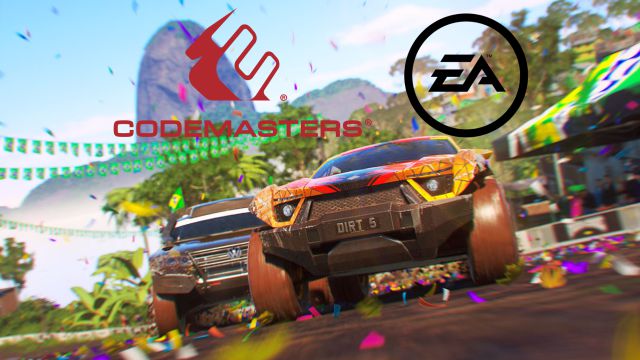 Take-Two Interactive was the first company to show real interest, but Electronic Arts upgraded the offering before the year ended.

Codemasters is closer than ever to becoming an Electronic Arts company. The entertainment giant presented an offer for its purchase that surpassed that of Take-Two Interactive, the other interested in the acquisition process. However, after EA moved the tab, the owners of Rockstar Games and 2K Games decided to back down. Now, all three Codemasters directors have voted to complete the process. As VGC points out, on February 3 there will be a meeting, whose objective will be to convince the rest of the shareholders. Frank Sangier (CEO), Rashid Varachia (CFO) and Ian Bell (CEO) control 4.34% of the shares.

However, the agreement they have reached with Electronic Arts ensures that the vote in favor of the directors will not change even if a larger offer is presented. In this way, they will be free if it is the EA itself that ends up withdrawing the offer. The Codemasters board of directors had previously recommended that shareholders vote in favor of the acquisition, a vote that can be conducted on-site or remotely.

These are the next steps

If the operation is accepted by the shareholders, the courts will have to sanction the agreement on February 16. Shortly thereafter, on February 18, the shares will no longer be traded or on the AIM, one of the London Stock Exchange markets. The price that has been stipulated is 1,200 million dollars, with the idea that the purchase will take place in these first months of 2021.

“We believe that the union of Codemasters and Electronic Arts is a great opportunity to create incredible and innovative racing games,” said Andrew Wilson of EA. “Our industry is growing, the driving genre is growing, and together we will position ourselves to lead a new era of racing entertainment.”

Codemasteres is the studio responsible for sagas like DiRT or the official games of Formula 1.

What are differences between Vikings: The Last Kingdom?