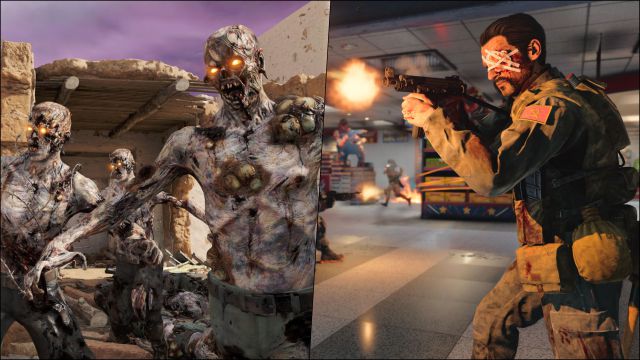 CoD Warzone: Warzone and Black Ops Cold War are preparing to receive the reinforcement contents of Season 4. The time frame prior to the fifth episode stands out for the incorporation of the new traditional map for the zombies mode, in addition to the first game mode for objectives in battle royale. We tell you everything you need to know.

The update in Black Ops Cold War will add Mauer Der Toten, a map that will take us to fight zombies in the heart of Berlin. It is expected to be accompanied by a new prototype weapon, a previously unreleased perk, and other items related to the manufacturing process. The easter egg mission will begin the same day at 19:00 CEST, so you can look for the next story step from day one.

Continuing with the game of Treyarch, the multiplayer will receive the new map 6 against 6. Rush is set in a Paintball field. To celebrate this theme, a game mode will be included where the shooting and sound effects will be changed to those of the painting. Everything will be ready to jump onto the pitch.

As for Call of Duty: Warzone, the reinforcements add few elements to the current state of Verdansk. The highlight is Payload, its first objective game mode. Two teams of 20 players each will fight for control of some vehicles that carry satellite parts. The escort will lead to a tug of war all over the map.

The two games will add a pair of weapons to the arsenal: the OTS 9 submachine gun and the melee mace, which will be accompanied by the Sentinel Turret kill streak, which will debut in the game. You can also expect a battery of weapon projects to be added to the store.

The size of the download depends on the platform. The Black Ops Cold War patch will be available for download starting on July 13 at 06:00 CEST, while the Warzone patch will do the same on the day the content is released: July 15 at 06:00 CEST.

Diablo Immortal: how to farm the applicant’s keys