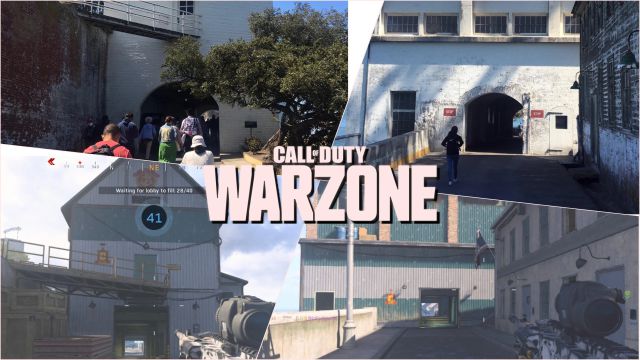 Rebirth Island is based on the Alcatraz prison. A user who has visited the island has compared how they look face to face. The result is amazing.Call of Duty: Warzone introduced Rebirth Island as part of its post-launch support. This map currently coexists with Verdansk in a separate playlist. However, many are unaware that the prison is inspired by a royal enclave. A Reddit user has visited the actual place and put them face to face. Come in and come.

This is how faithful Rebirth Island is to Alcatraz prison

u / Sl4nucrew, as the user is called on Reddit, has posted the comparison from the photos that he himself has taken during his visit. The map has gone through several installments, such as Black Ops 4 and Call of Duty: Mobile, but it was not until Warzone that we have seen its final vision.

The area of ​​the chemical laboratory or the cells are almost traced to reality. The resemblance is striking, so much so that the game’s map preserves most of Alcatraz’s landmarks, such as the lighthouse and the water tower.

“Wow, why has it taken me so long to realize that Rebirth is a replica of Alcatraz,” comments one user in the thread. “I had only seen aerial photos, but it blew my mind as soon as the ferry docked,” emphasizes the author. “My wife was tired of seeing me point it all out: ‘Honey, look, that’s what we call Nova,'” he concludes.

Rebirth Island has been the subject of some promotions in the almost two years that Call of Duty: Warzone has been on the market. It was the map chosen for the transition to Verdansk 1984, and recently showed some clues about the expected delivery for this 2021: Vanguard. Be that as it may, the map is one of the best considered by the community, given the popularity of its playlists that only flow on it.