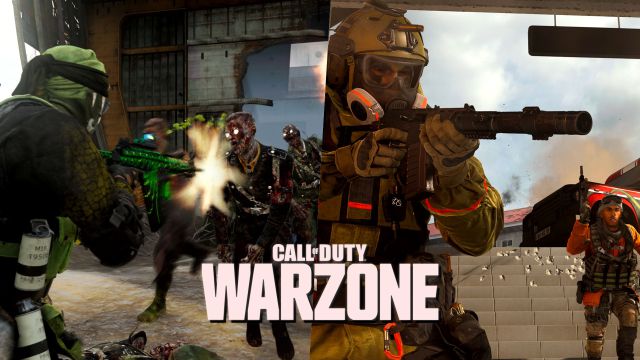 An Activision executive explains that upcoming seasons of Call of Duty: Warzone will add “never before seen” to it. Black Ops Cold War is key.

Call of Duty: Warzone is an essential part of Activision’s future plans. This has been recognized by Brandon Snow, Chief Revenue Officer in the editor, who has shared that the next seasons of the battle royale will add “things never seen” since his arrival in 2020.

“In the next few seasons, you’re going to see some really cool unreleased stuff that Warzone has never seen before. It’s going to be very exciting, we’ll do it in a Call of Duty way, “explains Snow in conversation with Inverse.

These seasons you refer to will be part of your synergy with Black Ops Cold War. The eighties theme of the Treyarch title offers them “a lot of opportunities” when it comes to developing these upcoming content. “Only Warzone can do things that we have planned for the next few seasons. The ’80s identity and theme of Call of Duty: Black Ops Cold War offers plenty of opportunities for innovative content, ”he notes.

As we said before, they take the battle royale as a place to attract a greater audience that complements the community that year after year returns to the main delivery. “We see Warzone as a great ecosystem that continues to attract players and that offers places and spaces for people to meet.”

The truth is that the current situation of Call of Duty: Warzone in terms of content is uncertain. Season 2, which debuted on February 25, introduced the presence of zombies through the Vodianoy ship. That mass of undead was recently moved to Verdansk Prison, though they only impact games if their event is triggered. There is also the question of what the bomb silos that have appeared at the same time correspond to. What awaits the current map? In any case, we will have to wait until at least April 22, the date on which the current battle pass ends.

See Also
CoD Warzone: How to Get the Multitool for Free

The Boys: Pictures from the set introduce girls with guns