Home Entertainment CoD Warzone: This Is The Haunting, Your New Event; Content, Trailer And... 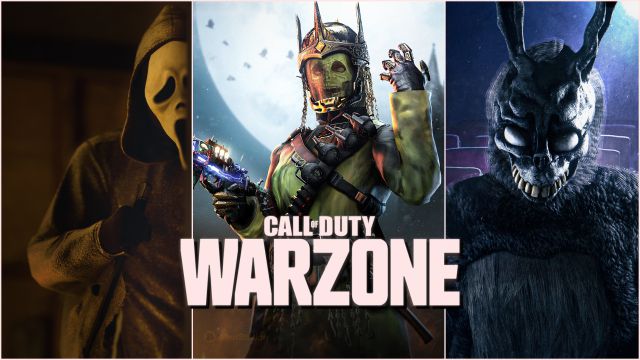 CoD Warzone: The Haunting will be the new Call of Duty: Warzone event that will take place between October 19 and November 2 on PS5, PS4, Xbox and PC. Call of Duty: Warzone has confirmed the contents of the event The Haunting, which will celebrate the holiday of Halloween from October 19 until November 2. From Raven Software they have confirmed what items the battle royale will receive during this frame.

The Haunting at CoD Warzone: Highlights

Among the elements that are added, the participation of Scream, the popular horror character, stands out. The mythical white mask under the robe will arrive from day one as a limited-time operator pack, as happened with Rambo in the Action Heroes of the 80s event. Donnie Darko will also be another of the packages available in the store. Both will be sold for 2,400 COD points each. In Darko’s case, it will arrive on October 24.

The LAPA submachine gun will be the final reward in the string of special challenges. Whether you are playing Warzone and Black Ops Cold War, by completing the set of 9 challenges in one game you will receive it completely free. The team stresses that its accessories “leave room for research on how to fit into the goal of the game.” Basically we are talking about a low cadence submachine gun with high damage and “solid distance and control”. Later, on November 2, the hammer and sickle will be available.

Ghosts of Verdansk arrives as a new limited game mode similar to the one we saw last year. The zombies will give way to ghosts that will have several supernatural abilities: mega jump, teleportation and spectral explosion. They will not have weapons, but they will have some resources with which to take revenge on the rest of the living players.

Soldiers who remain alive will see the introduction of a new measure: fear. If you stand for a long time, you see ghosts or companions fall dejected. You can lower it by killing players or ghosts, completing contracts, and more. If it is completely filled, something will happen that has not yet transpired.