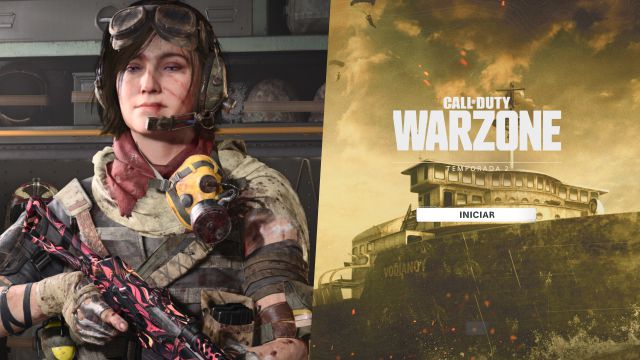 The first leaked challenges in Black Ops Cold War signal the arrival of the Zombies to Call of Duty: Warzone as part of Season 2.

Everything points to the Zombies appearing in Call of Duty: Warzone as part of Season 2. The Black Ops Cold War update, now available for download, has allowed the community to interact with the first unreleased content. Among them, the leaked challenges that concern the battle royale.

The Zombies will arrive in Warzone on February 25

As the Call of Duty: Tracker portal has collected, four challenges link free to play with the zombies. We detail them below:

Aim For The Head: In Warzone, take out 10 Zombies with headshots.

Shotgun Eliminations: In Warzone, use Shotguns to eliminate 8 Zombies.

As usual, after completing one they will reward you with experience points and a new business card. You can see them in detail in the tweet that accompanies these lines. The main menu change points to the Vodianoy freighter being responsible for bringing the undead to Verdansk.

It is not the first signal we have received so far. In recent weeks a machine had appeared in the hospital that belonged to the cooperative game mode. Even if the interaction didn’t work, the signals left no room for doubt: something was brewing. On the other hand, the public roadmap indicated an event shared with Black Ops Cold War between February 25 and March 11, called Zombies Outbreak.

Learn about all the contents of Season 2 through this link. And if what you want is to know the main rewards of the battle pass, do the same here.

The students are fans of “gongbang” a new way of studying