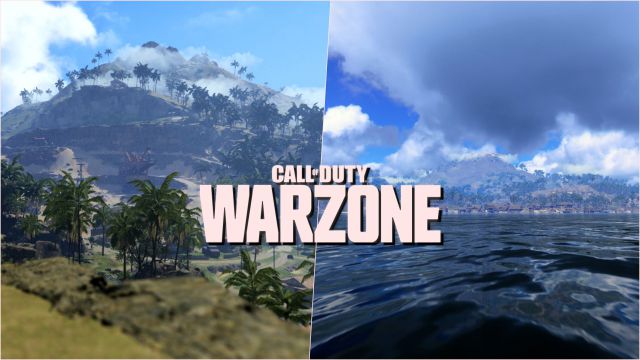 Call of Duty: Warzone has shown the public the first teaser of the map that will arrive at the end of the year as part of the Vanguard launch. We are going to the Pacific.Call of Duty: Warzone prepares the landing of its new map. We will leave behind the spring of Verdansk 1984 to immerse ourselves in unprecedented territory located in the Pacific. From Activision they have shared the first teaser, which you can see in the tweet under this paragraph.

The Pacific will be the new map of the battle royale

Jungle, maritime zone, beach, a cinema in the middle of town, the mountain caressing the clouds … there are several places that stand out in this little video. It will arrive as part of the post-launch service of Call of Duty: Vanguard, that is, once the armament of World War II lands in the battle royale, we will obtain the ticket to fight on this side of the pond.

In addition, the editor highlights some of the elements that will accompany “the experience of the Pacific”, as they call it. They highlight the long-awaited PC anti-cheat system, new custom rosters, new limited-time game modes, community events, and much more.

We know that the island will take on a size similar to that of Verdansk and has been designed based on “learning by the community” in these almost two years on the market. “The result is a fun and incredibly enriching experience with a playable space with numerous points of interest to explore and exceptional potential in terms of combat depth,” they emphasize.

Sledgehammer has reassured fans that all the progress you’ve made in these months will automatically carry over to this experience. They place particular emphasis that they will continue to “support weaponry and content obtained in battle passes or purchased through the Call of Duty: Modern Warfare and Black Ops Cold War store.”

This step forward is made easy by the fact that Vanguard uses the same graphics engine as Warzone. Everything, absolutely everything, will move to this new location.