Home Entertainment CoD Warzone Red Doors: How to Find Them and What They Are... 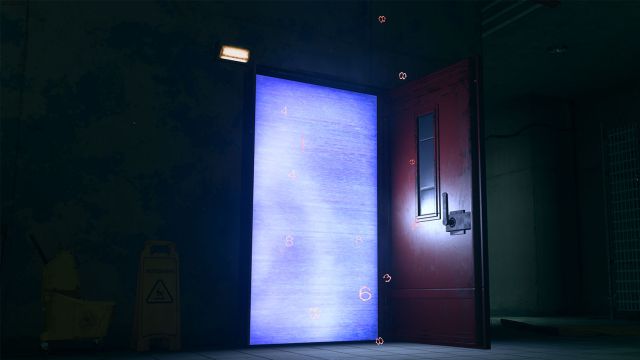 Call of Duty: Warzone includes the popular red doors of the Black Ops saga as part of the contents of Season 4. We will tell you about their uses. Call of Duty: Warzone has received some changes in Verdansk 1984, the main map of the battle royale today. Beyond those satellites that have fallen through various areas, players have discovered the well-known red doors in this Season 4. These doors have been part of the Black Ops sub-series since its inception, but now they appear as a playable mechanic. We tell you where they are and what they are for.

The red gates function as a fast travel between random areas of the map. They do not have a specific course between trips, so when you use them you will embark on a lottery. It is usual that they take you to some of the stations, as the unpublished places linked to these mechanics are called.

In the Alpha, Bravo and Charlie stations, among others, you will receive high value loot, such as advanced gas masks, in addition to what is usually usual in the drop of legendary chests. However, these stations can be visited by other players without using the red doors, which creates an extra layer of risk to the matter.

The appearance of the red doors in the game is random. There may not be in a game, or they may be in all known locations so far. Be that as it may, the full number of available red doors and their frequency is currently unknown.

Here we leave you with some of the places discovered by the players.

Old mine (west of the airport) | A red door will appear in one of the accessible buildings in this small area. It is the one with an inverted L shape on the minimap, the one closest to the tunnel that gives access to the old dam (now Summit).

Factory (aircraft construction site south of the runway) | You must go to the largest building in this area, on the right side of the plane. At the lowest level of the facility you will see the red door next to a fire extinguisher.

Stadium | There are two red doors in this area. The first will be behind the north marker, accessible from the scaffolding. On the other hand, to reach the second door you must enter the second floor of the offices, through the official entrance area (the monument).

Salt Mine | It has no loss: the two long buildings connected. Enter the one to the north and go up to the top floor, behind the rectangular room. You will see it next to some piles of wood.

Scooby-Doo: Classic Design Will Win Special on The CW Channel