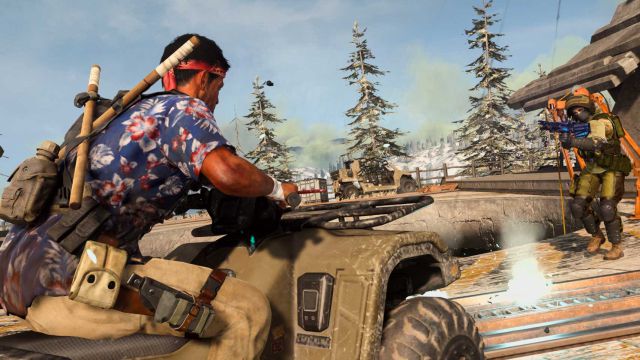 Call of Duty: Warzone does not give rest to those who break the rules. Free to play receives a new wave of bans that affects more than 13,000 accounts.

Call of Duty: Warzone does not cease in its efforts to expel all cheaters from the battle royale. Raven Software has launched a new wave of bans that has affected more than 13,000 accounts. In the same way, they explain that “more” will come in the future.

Banning an account in Call of Duty: Warzone leads to its deletion and makes your future access to the game impossible. The latest wave was preceded by another that reached more than 30,000 profiles, and is that both the studio and Activision have reiterated on multiple occasions their commitment to end those who take advantage of the rest of the players.

The use of unauthorized external software is a problem shared by the great multiplayer titles of the moment. We opened this 2021 with the collaboration between Bungie and Riot Games to report a web portal dedicated to the sale and distribution of illicit advantages.

They have security teams dedicated solely to ensuring that the gaming experience is fair. So they make weekly updates to this barrier and add new layers, such as two-step verification.

On the other hand, Warzone and Black Ops Cold War will receive from March 26 to 29 a double experience event in the three main lines of progress: profile rank, battle pass and weapons. 24 hours before, starting on the 25th, it will start for those who play on PS5 and PS4.