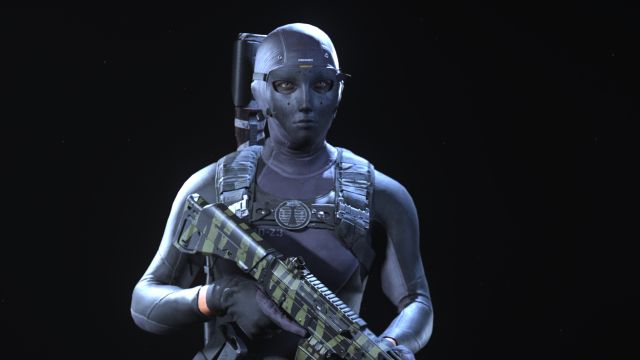 CoD Warzone: The studio responsible for Call of Duty: Warzone confirms that it will soon make some significant adjustments to the popular battle royale. Raven Software has confirmed that it will make several significant adjustments to Call of Duty: Warzone. Among them, the dark appearance of the operator Roze stands out, one of the elements that has aroused the most controversy within the community due to the black color of her suit, as it hinders the ability of the players to locate their position in certain dark areas of the stage. This Operator was the reward for Tier 100 of the Call of Duty: Modern Warfare Season 5 Battle Pass.

Those responsible for the popular battle royale assure that “soon” they will make several modifications regarding the weapons of the game. One of those chosen to balance its statistics is the FFAR 1 assault rifle, which gave rise to user complaints and was even adjusted with the Season 2 reinforcements. Call’s weapon accessories will also be corrected. of Duty: Modern Warfare that don’t work (like Finn’s). Here are all the confirmed changes:

Swings on the tactical rifles (M16, FFAR 1, AUG) and the Sykov pistol.

Changes in the way you get the RC-XD.

We remind you that the triple double experience event remains active; It ends on April 16 at 7:00 p.m. Spanish peninsular time. You still have time to get double experience in all elements of the game: weapon progression, profile level and battle pass. A great way to take advantage of the last days of Season 2, and to unlock accessories and new projects for your favorite weapons.