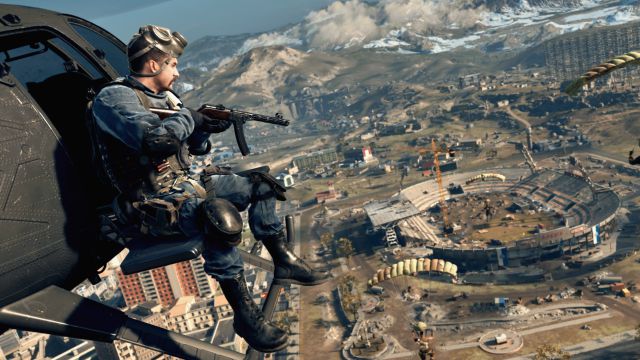 Call of Duty: Warzone will “soon” fix the major glitch seen by the community during the first days of Verdansk 84 availability. Call of Duty: Warzone remains in the first week after the launch of Verdansk 1984, the renewed image of the classic map that has accompanied us since March 2020. However, its arrival has not been without problems: Raven Software is aware of this and will correct it “soon”.

Call of Duty: Warzone, glitch will be history “soon”

“We are investigating exploit locations on the map that allow players to access areas that are normally inaccessible. A correction is coming soon! ”, Explains the study through its official Twitter account.

Glitch have been sighted in specific areas of the stage, such as the airport parking lot and the Stadium under construction. In fact, about the latter we show you how the players who access the lower part of the building spend them.

How do these perks work outside the rules? Very simple: the player melts into a wall, usually after exiting a vehicle, and falls under the stage. Being outside the limits of the field of play, these users can see through the textures of the surface, in addition to being able to penetrate any element around them with their bullets.

Warzone, on the way to the new generation

Although next-generation consoles can access the backward compatible version of Call of Duty: Warzone, the Raven Software technical team is working on a native port that takes advantage of the functionalities of PS5 and Xbox Series X | S.

The study talked about reducing load times and giving official support to 120Hz, among other visual improvements. They are currently studying the possibility of adjusting the field of view (FOV) on the console. This is one of the biggest advantages that currently exist compared to PC gamers, since they can cover a larger image.