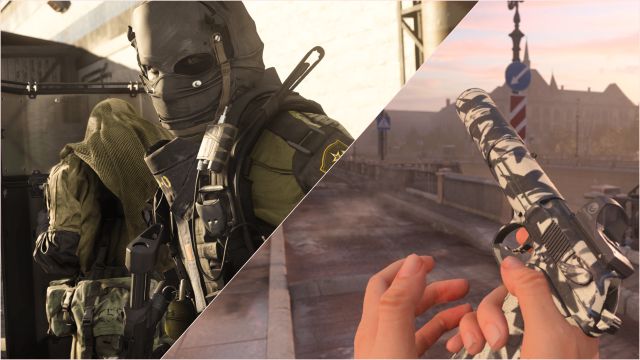 Call of Duty: Warzone puts the brakes on the Sykov pistol. Raven Software releases a patch that reduces her power when she equips certain accessories on her. Call of Duty: Warzone balances the power of the Sykov pistol. The recent addition to battle royale and Modern Warfare wreaked havoc in its early days. Following complaints from the community, Raven Software has put the brakes on it. The update is now available for download on PS5, PS4, Xbox Series X | S, Xbox One, and PC.

The patch not only corrects the power of the Sykov pistol when equipped with specific accessories. The study balances some aspects, such as the position of the purchase of the RC-XD. Some elements of the containment protocol are also corrected.

The RC-XD has been removed from Buying Stations and is now only available on Containment Monitors.

Fixed an issue that resulted in players being unable to equip armor plates after triggering some kill streaks or field upgrades.

Containment Protocol missions will no longer fall on the map.

The containment protocol missiles have reduced the volume of their sound effects.

Fixed a bug that caused supply packs to block movement and projectiles after breaking.

The gas circle will not leave the play area in King Slayer Trios.

Fixed a bug where the scope glow was not displayed on sniper sights and variable sights on Modern Warfare weapons.

Fixed a bug where Modern Warfare weapon perks did not have the intended effects.

Fixed a bug with the Bullseye reticle that sometimes reduced the framerate or the disappearance of elements of the interface.

Increased the recoil of the 140mm Auto attachment on the Sykov pistol.

Movement speed reduced by 5% when carrying the Sykov Pistol in Akimbo mode.

When you equip the Sykov pistol with the Sorokin 140mm accessories and the 80-round magazine, the damage is reduced by 25% (when carrying both accessories at the same time).

Canceling “Batgirl” will create problems for the Flash movie