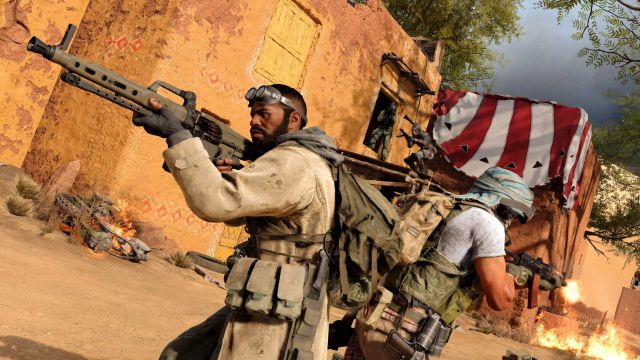 Call of Duty: Warzone receives the first weapon adjustment since the arrival of Season 4. The MG 82 light machine gun reduces its effectiveness by one patch. Call of Duty: Warzone remains in the first week of the Season 4 launch, which it shares with Black Ops Cold War. The contents that started this new roadmap were marked by the weapons introduced. We refer mainly to the MG 82 light machine gun, which has caused disparity of opinion within the community.

Therefore, the company has decided to cut with the imbalance that its power supposed in the battle royale. Raven Software releases a new patch that reduces its effectiveness, among other changes. They also take advantage of the patch notes to explain where the nail gun is located, suggesting a modification in the future. The update is now available on PS5, PS4, Xbox Series X | S, Xbox One, and PC.