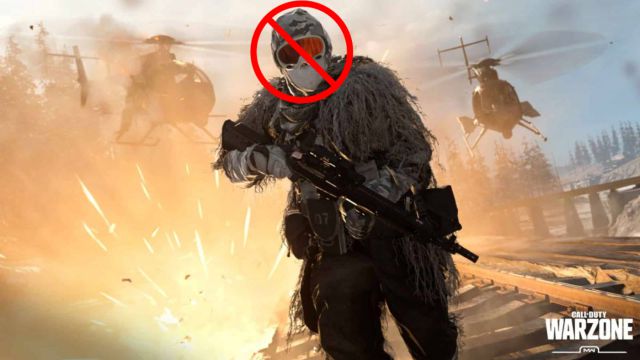 Call of Duty: Warzone: The studio responsible for the popular battle royale shares a new update, in which it reports that it has made new rounds of massive bans. Call of Duty: Warzone, one of the battle royale – and one of the most played titles – in fashion, is not going through its best moment in terms of integrity; Cheats can number in the tens of thousands, the community is often upset, and Raven Software tries to be adamant about going for zero tolerance. Once again, the studio responsible for the game has announced new rounds of massive bans. On this occasion, there have been more than 50,000 suspicious accounts that have fallen.

“It’s been a while since our last update! This week, more than 50,000 accounts have been banned through two waves of bans, ”says the study’s official Twitter account.

Call of Duty: Warzone, one of the games most affected by cheaters

The popular battle royale has been on the market for more than a year. It is a very successful game played by tens of millions of users, but the events that have occurred in recent months have placed it in the eye of the hurricane; More and more cheaters are using tricks to adulterate the game and achieve an easy victory. Raven Software works tirelessly to control the problem, but the title community feels that it is not enough and asks for more.

Recently, Reddit user u / Sec0nd expressed his frustration: “It is currently unplayable,” he pointed out before showing his intention to leave the game until things change. Likewise, he also asked the study to assess the possibility of implementing cross-play exclusively between consoles, leaving aside PC users.

Kazuya From Tekken is Confirmed in Super Smash Bros. Ultimate