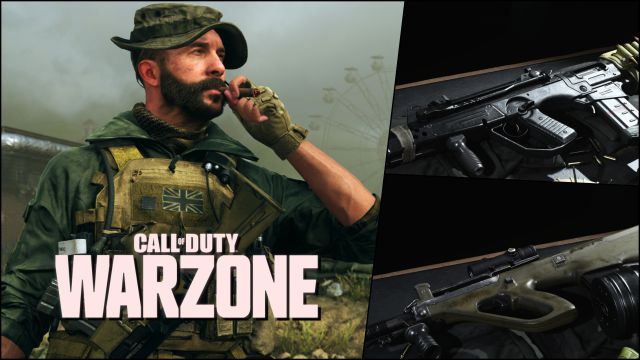 Call of Duty: Warzone receives a patch balancing the power of two of the most controversial weapons in battle royale, FFAR 1 and AUG. Full notes.

Call of Duty: Warzone adjusts the performance of two of the most controversial weapons in battle royale: FFAR 1 and AUG. Raven Software launches a patch in which it touches an element of each of them, in addition to the accessories of other models. Available now on PS5, PS4, Xbox Series X | S, Xbox One, and PC.

CoD: Warzone, this is how FFAR 1 and AUG have been adjusted

As the study explains in the patch notes, the AUG will increase the recoil force of each burst. This change is due to the fact that they want to preserve the strength of the weapon “while we make it more difficult to handle”, due to the ease that had until now to keep the sights on the enemies in full combat. They will continue to monitor your behavior and make additional changes “if necessary”.

On the other hand, the speed when aiming with the sight of the FFAR 1 will be lower, which will make combat difficult against other weapons, especially submachine guns. “The dieal would be for the FFAR to occupy the dominant role in medium ranges at the cost of being prey to weapons that excel at close range firefights,” says Raven. They want it to be what you can expect from an assault rifle, “damage and range at the cost of usability.”

Then we leave you with the rest of the changes:

Fixed a bug in the Groza that allowed the bullets not to fall when using the 16.5 ”CMV barrel.

Fixed a bug with the ember laser on the XM4 and AK-47 that allowed to increase the speed when aiming with the scope, instead of reducing it.

Fixed a bug with the Salvo fast loader on the FFAr and M16 that caused it to not slow down when aiming with the scope.

RM from BTS invites “interesting and unexpected” artists to record his...