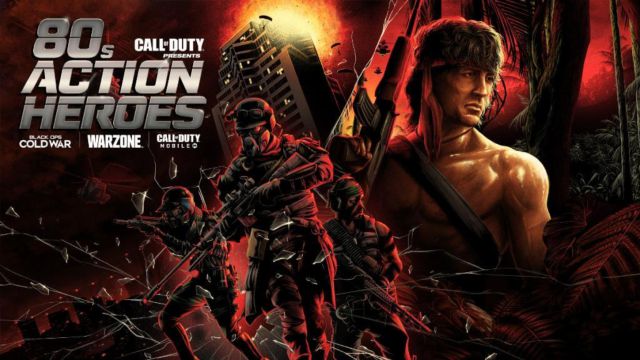 CoD Warzone: The official account of the popular battle royale shares a new teaser focused on the event that will make us travel to several action film classics. Call of Duty: Warzone adds and continues in its eagerness to offer new content on the occasion of its Season 3. The Action Heroes of the 80s event will begin on May 20, starring Sylvester Stallone and Bruce Willis. Or what is the same, by Rambo and John McClane, protagonists of Rambo and Die Hard (Die Hard), respectively. To celebrate that his arrival is imminent, the official account of the title has shared a new teaser through Twitter.

The third season of the battle royale of the moment began just a couple of months ago with Verdansk 1984, the new version of the game’s map, as the main attraction. It is a renewed version of the scenario that adds new locations – and classic maps of the saga -, a new visual appearance and important modifications in numerous locations around the world such as the airport, the football stadium and the dam, among others. You can check all the changes in the following link.

Of course, new weapons have also been added, including the powerful Swiss K31 sniper rifle, the CARV.2 tactical rifle and the PPSH-41 submachine gun, among others. Season 3 is in full swing and Raven Software looks set to continue expanding and improving the experience.

Call of Duty: Warzone is available on PC, PS5, PS4, Xbox Series X | S and Xbox One. In addition, those responsible for the game are already working on technical improvements for the next generation versions.